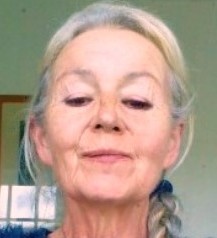 I am 68 years old and live in a rural area in a fairly remote location in the United Kingdom.

My health had always generally been good. I got plenty of exercise outdoors, did physical work, and ate a very healthy diet, including a wide variation of fruits and vegetables daily. I was well even into my early sixties. My gut was always my best friend; regular, healthy, perfect. I never gave it a second thought.

Then in early spring 2018 there had been two bouts of severe icy weather. I did not mind the snow and ice, and had felt well and strong. But suddenly, one day after the thaw as spring weather finally arrived at the end of March, I felt unwell completely out of the blue. I can even recall the exact time those feelings started – at about 2 pm as I was putting firewood through the log splitter.

I began to feel an array of unusual symptoms: mild nausea, lightheadedness, a dull achy feeling over my right eyebrow, a strange sensation of inner tremor, and a weak weariness. The symptoms were present daily and refused to go away.

In the third week, I visited the doctor, who ran urine and blood tests, and found nothing wrong in my basic physical examination. I told him about a strange visual effect I had two weeks previously while out in the snow when I saw a shimmering light effect with zig zag patterns like bevelled glass. I had only experienced that once before in my life and never knew what it was.

The doctor told me it was a classic “migraine aura.” Yet he thought it was unusual to have such a long delay between the “aura” and the onset of symptoms. He decided to refer me to a neurologist.

The blood test results were normal, but my symptoms continued, and in the fourth week, I had a few days of an upset bowel. That cleared up in a week, yet the other feelings did not. They continued for 10 weeks without a break.

Then I began to have an hour or so of feeling normal soon followed by the return of symptoms. As the weeks went by, I began to feel normal for perhaps one whole day, and then longer periods of normality as summer wore on. I did not know what had been wrong, but it seemed that gradually I was starting to improve.

Yet the bouts of shakiness, exhaustion, appetite disturbances, and a nagging twinge over my right eyebrow kept returning.

After a thorough physical examination, and a CT scan of my head, the neurologist diagnosed me with “probable migraine.” That came as a surprise, as I had never had a history of migraine headaches!

I did not believe his diagnosis and felt something else was wrong with me. I began to wonder if this was really post-viral syndrome from some very unusual virus or a mild myalgic encephalomyelitis/chronic fatigue syndrome (ME/CFS).

Two years later, in March 2020 the symptoms were still recurring, then suddenly my gut became upset again and stayed that way for nine days. That came and went with no definite pattern, but it soon became obvious I could not eat my usual foods anymore.

In summer 2020 I had tests run, which were all normal. I was diagnosed with irritable bowel syndrome with diarrhea (IBS-D.) I had always had a healthy gut before, so I knew this was somehow related to what I had been told was a migraine condition.

I went on the low FODMAP diet, which is designed to help people with IBS, and omitted gluten for six weeks, then reintroduced gluten when I found it made no difference to my symptoms. It was the same with lactose and sugar. I also found I could eat some high FODMAP foods with no problems, yet some foods on the low FODMAP list upset me. So, I tailored my diet to reduce symptoms.

Later that year I also had a sensation of blocked ears, dizzy spells, and terrible exhaustion that came and went.

I had good results with homeopathy for occasional health issues many years ago, so I decided to see a qualified homeopathic practitioner and had monthly appointments. It was a gradual process, but I did improve as the months went by.

Many symptoms disappeared. My IBS is now manageable for the most part. My flare-ups are fewer, but they still do occur. Slowly I have been able to reintroduce a few foods I could always eat prior to my illness, so my diet is basically healthy, even though somewhat more restricted than it used to be.

Sylvia Groves lives near Glastonbury in southwest England. Now retired, she worked as a professional musician, bookseller, author, and most recently owned and operated an online business selling herbal tinctures, dried herbs, and superfoods. She enjoys processing her own firewood, walking, and being outdoors.

Thank you, Sylvia, for sharing your journey with our readers.