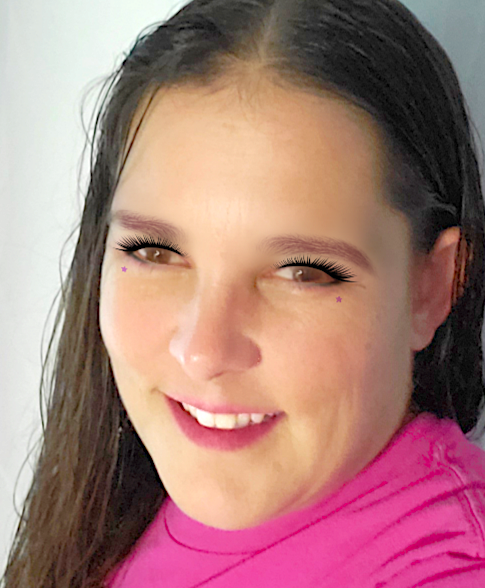 In 2004, about six weeks after giving birth to my son, I developed my first symptom of neuromyelitis optica (NMO), a rare condition where the immune system damages the spinal cord and the optic nerves. One morning, I woke up and couldn’t see out of my right eye. I visited the local emergency rooms trying to figure out what was wrong. I was told by all the ER doctors that I was a 21-year-old looking for attention.

Fast forward one year later – it happened again, but this time in my left eye. I ended up going to an ophthalmologist who informed me that I was probably going to be diagnosed with multiple sclerosis (MS) within the next 10 years.

Then, in November 2005, I woke up completely blind! I begged and pleaded with my ophthalmologist to give me a steroid treatment but, unfortunately, he chose not to do that because he felt the treatment would not work. In a desperate attempt to salvage my vision, I found a doctor who would give me a steroid treatment, but at that point it was too late. Additionally, in December 2005, my mother became very sick. In order to be by her bedside, I put my health on hold. Sadly, I lost her the following month.

In February 2006, I decided to visit a university hospital in my home state of Florida. Here, I saw an ophthalmologist who was 99% sure I had NMO. He immediately admitted me so I could undergo intravenous immunoglobulin (IVIG) but as my luck would have it, it was, once again, too late. I will never forget the day my doctor sat down on my bed and told me that I had tested positive for NMO. I vividly remember looking at him, pleading, saying, “I’m too young to die.”

Soon after, I started an immunosuppressive medication. Even while on the new drug, I relapsed, but this relapse was different. I couldn’t feel my right leg. It moved, but I didn’t feel it. I was rushed to the hospital where I underwent a procedure called plasmapheresis, also known as plasma exchange (PLEX), that is used to treat MS and other demyelinating diseases, such as NMO.

In December 2008, in addition to dealing with my debilitating disease, I decided to leave my son’s father; he was becoming verbally abusive and I could no longer bear it. I was considerably stressed, wondering how I would make it in life while being legally blind and caring for a 4-year-old child all on my own, but I’m a survivor, and I was determined to make it.

Here comes the good news – I finally met the love of my life in 2009. In November 2011, I stopped my medication and attempted to have another child. I was nervous, but it was worth it. In October 2012, we were blessed with a beautiful baby girl and in May 2014, my husband and I exchanged vows.

NMO has changed my life in so many ways; I’ve overcome some very difficult, unforeseeable obstacles, despite being declared legally blind at age 21. Even though I’ve lost my eyesight, which so many take for granted, I’ve never allowed this disease to hold me back. Despite all my struggles, I feel truly blessed with my two beautiful, healthy children and doting husband. I’m also happy to share that, in spite of losing a significant amount of vision, I’ve started my own photography business. Photography is one of my greatest passions and I’m so grateful that I am able to do what I love. Lastly, it is with great joy that I can say I have been relapse-free for 10 years except for a minor relapse in 2017 that was resolved with steroids.

Now 39, Ashlee Olsen lives near Orlando, Florida, with her family where she enjoys cooking and doing outdoor activities. In 2020, she launched A Breath of Hope Foundation for NMO to provide funding to help NMO patients around the world find the right doctors and get proper treatment.

Thank you, Ashlee, for sharing your story of courage and perserverance with our readers.

If you have a story to share with our readers about participating in a clinical trial, overcoming adversity, or living with a chronic condition, please let us know. We’d love to have you guest blog for us. Guest blogging helps others learn about your struggles and increases awareness and understanding. Email jross@corevitas.com to get started sharing your story now!