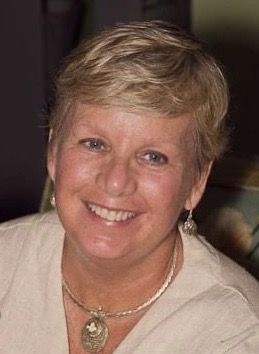 My name is Barbara, I have been married to Richard for 40 years; he is my rock.

Having lived on the North Shore of Long Island, we retired to coastal South Carolina in 2009 without a plan, not knowing a soul in town. Never big on planning for the future, we are delighted that it worked out so well. We have been enjoying our retirement ever since, our lives rambling on as usual until I received my Parkinson’s Disease (PD) diagnosis just prior to my 70th birthday last year.

In retrospect, I have probably had PD for about 15 years. I am so grateful that I didn’t know this earlier because once you receive that diagnosis, life is never the same. It is devastating news, especially not knowing how fast this neurodegenerative disease is going to progress and/or present itself. Thoughts about it run like an LED stock ticker display behind my eyelids whether I’m asleep or awake. The expiration date that we’re all born with, but are usually able to push it off into the ether, is always in my line of sight.

I had knee surgeries 12 years ago, and again last year. I never felt that I fully recovered because I always had such terrible stiffness, pain, and difficulty walking in spite of doing regular yoga and leading an active life. Other symptoms were loss of my sense of smell and being hoarse, or losing my voice occasionally, which I chalked up to chronic allergies. None of my doctors connected the symptoms.

The Parkinson’s was discovered after I fell three times last spring. One fall required surgery, six weeks in a cast, and physical therapy. Eventually, my orthopedist recommended a neurologist who slammed me with the bad news, and prescribed standard PD medication. He has been basically useless since then. I left his office inwardly hysterical, without support or useful information. After starting the medications, I saw improvement. Unfortunately, the medications that work in the beginning eventually start to work against the PD, which is quite discouraging. Prior to taking the medications, I was constantly afraid of falling, so I was unable to walk on grass or uneven surfaces; stairs are also challenging. My PD presents as difficulty with standing, balance, and walking any distance.

Grieving, I lost my appetite, 40 pounds, and interest in my friends. I cleaned out my closet, refused to buy anything new, disposed of all my coveted sexy shoes that I could no longer safely wear. I thought I’d be incapacitated within the year. I kept terrible hours – up all night and slept half the day; the depression from which I have always suffered was magnified. I was apathetic, couldn’t accomplish anything, and always tired – the hallmarks of this wicked disease.

Fearful of becoming a shut-in, I joined a gym where I work out on weight machines three times a week and take a bi-weekly “delay the disease” class. A voracious reader, I read five to six novels a week; I test my cognitive functions with Lumosity. Exercising, being outdoors, and spending time with friends are the best medicine.

I’ve joined every Parkinson’s website and organization I can find. I signed up for clinical trials – to no avail. I have an appointment for the LRRK2 gene test in September (variants of this gene are associated with Parkinson’s).

Because of my 35 years as an administrator in a university medical center, I am able to struggle through scientific and medical journals that I scour for information. I found a crowdsourcing site called “Stuff That Works” that is helpful. I discovered an online community in my town, and even tried boxing. I joined a Parkinson’s Facebook community with 6,500 members worldwide who are taking high dose vitamin B thiamine HCL, which I have been taking for about seven months and find to be very beneficial. The threads on the Facebook page, “Parkinson’s thiamine HCL,” are also valuable.

I belong to many Parkinson’s sites and am encouraged by all of the promising research that is being done on so many fronts. I also sign every petition I see for “Death with Dignity,” because I believe we should live our lives to the fullest but be able to call timeout on our terms when we’ve reached our limit.

Meanwhile, because life, as we have known it, has to go on, we are treating our son and his family to a week at Disney World at the end of this month – trying to do as much as we can while we still can. Richard and I will have to sit some of it out because I don’t have much endurance, but we’ll meet up for meals and get brought up to speed on our grandson’s adventures.

Thank you, Barbara, for sharing your story of courage and hope with our readers.

3 thoughts on “Parkinson’s disease: “Life is never the same””