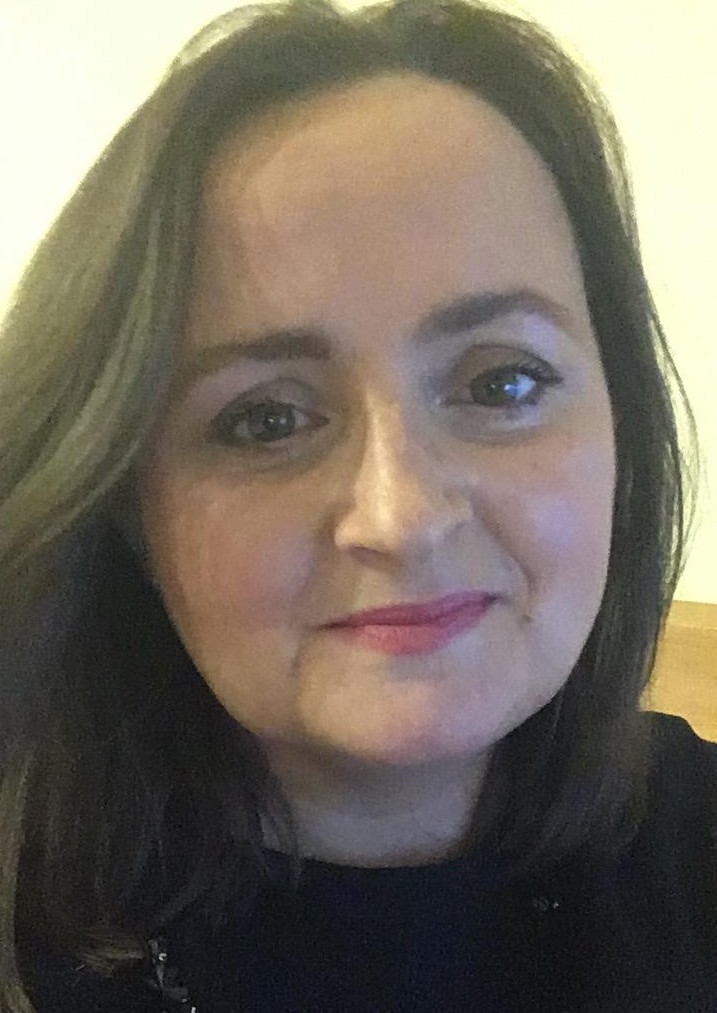 I suffer from chronic obstructive pulmonary disorder (COPD). I was born four weeks early and was intubated as my lungs were not fully developed. I had pneumonia at a year old and as a young child, I suffered from recurrent ear infections. I was treated as an asthmatic as a child, but fortunately I’ve never experienced an asthma attack.

I had a “normal” childhood doing all the things my siblings were able to do, but I always found myself getting tired trying to keep up with them. Despite being the second eldest of seven, I was frequently in bed before the younger ones. I was also the one who ended up with chest infections if a cold was going around. My siblings got certificates for 100% attendance, and I felt cheated as it was not my fault that I missed school.

With further investigation during my early 20s, I learned I had emphysema, a lung condition that causes shortness of breath, and bronchiectasis, a condition in which the lungs’ airways become damaged making it hard to clear mucus. Subsequent tests ruled out cystic fibrosis and Alpha-1 antitrypsin deficiency. I believe that COPD was noted on my records from this stage.

By my mid 20s, I  was balancing motherhood and a full-time teaching career. It was hard work, and the term before Christmas was the worst. There were no breaks, no long weekends, and weekends were spent recovering from exhaustion or catching up on household chores. I was frequently in bed by 8:30 PM. I had no other option than going part time at least until my daughter was at an age where she was not as dependent on me.

As the years progressed the infections became recurrent and more difficult to treat. Through sputum samples it was determined that I needed intravenous antibiotics to treat one bacterial infection or another. These infections seemed to manifest every six to nine months for three years.

I felt that my school’s Human Resources (HR) department was not very supportive and lacked a real understanding of my condition. Eventually due to tension with the school, my consultant and I agreed to book a hospital bed for the October holidays to minimise the impact it had on school. I felt immense pressure to get over each flare up quickly and be in top form on my return. After each hospital discharge there was an assumption that I was cured! HR did not seem to understand the notion of a long-term degenerative condition. After all, I was young, looked of average build, and had good colouring to my skin. I did not look ill.

During the time I was having flare ups, the school environment was damp with water seeping in from the ceiling. Eventually, the school agreed to carry out air quality and scientific tests and found some of the samples had known irritants. My consultant told me the environment was not safe for me, so I moved to another school and had a few good years.

Good things don’t last forever though, and my health has deteriorated further over the last four to five years, with me struggling to climb stairs, walk with a shopping bag, and even put on my socks and shoes as bending down causes more breathlessness. I even replaced my king-sized bed with a double bed as I found making the bed a difficult chore.

After significant decline in my pulmonary function tests, a blockage was discovered in one of my lobes. Following several bronchoscopes to remove the mucus plug, I developed severe heamoptysis (spitting up blood). My consultant then referred me to a transplant institute in northern England to be assessed for a double lung transplant.

After a few months with no improvement, I was prescribed ambulatory oxygen and completed a 10-week course in February 2020 shortly after the COVID-19 lockdown began. Then, the oxygen nurses came to my home to assess my oxygen requirements. Having this oxygen has made such a big difference in my quality of life.

After completing a number of tests, I have been invited to go to the transplant institute  for several days in January 2022 to further explore my eligibility for a lung transplant. In the meantime, I’m living my best “new normal” as I know things are likely to change with this terrible disease. This time, with the help of the transplant institute, I hope they will change for the better.

Now retired from teaching, Bernadette Sweeney lives in Glasgow, Scotland, with her 25-year-old daughter Yasmin. She has lots of family support with her four sisters living in the same neighbourhood and her two brothers and parents living further afield.

Thank you, Bernadette, for sharing your story of perseverance and hope with our readers.

One thought on “COPD: Preparing for a Double Lung Transplant”