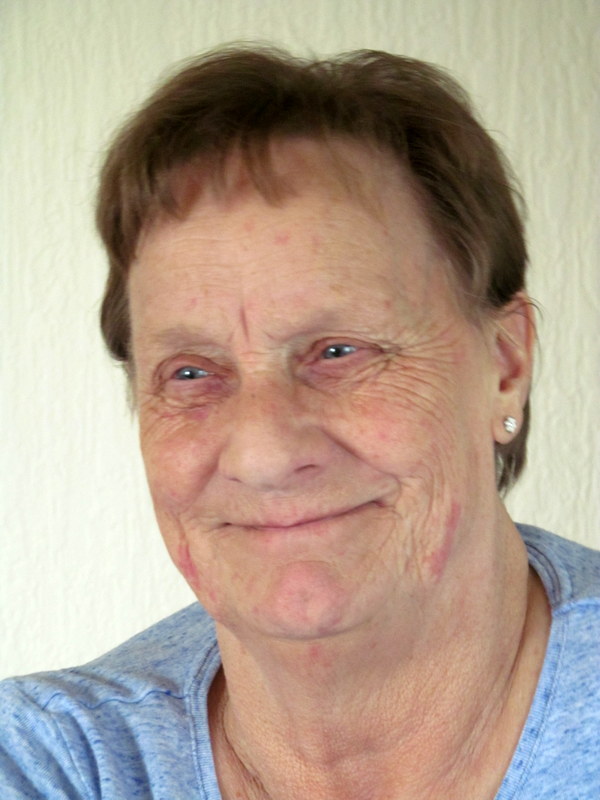 In this month’s blog post, Lesley Booth shares her story of being diagnosed with and treated for lung cancer. She credits HealthUnlocked’s Quit Support online community for helping her through the many challenges she faced.

On April 5, 2012, I turned 63. The week before I got a terrible chest infection, which made me feel so horrid I didn’t even want a cigarette.

But don’t get me wrong, as a true smoker does, I did persevere and try a couple, but didn’t enjoy them. That was the beginning of a very hard and grueling few months.

I went to see my doctor with what I thought was arthritis pain in my legs. He referred me to the hospital where I was examined for two hours from head to foot, which I thought was a bit strange for pain in my legs. I had a chest x-ray before they let me go home, and  they said they would send another appointment through the post.

Two days later I received a letter saying go for a CT scan the following day due to an abnormality on the x-ray. I was taken into a room where an image of my lungs was on the screen. I knew deep down what was going to be said. The doctor explained I had a tumor on my lung. He was 99% certain it was cancer. He did try to reassure me that it was contained and should be able to be removed.

After that day my world and my family’s world was turned upside down.

Every day after that seemed to mingle together. I had numerous x-rays, PET scans, and CT scans. One appointment was with the consultant who explained in full what I had. I had two primary tumors; one on my windpipe, which was pressing on my main artery to my brain.

He referred me for an exploratory operation to see how bad it was, as they could not operate if it was too dangerous. If that was the case, then it would be palliative care (the end of the road).

I had a three-hour operation. When I came to, the surgeon said he had managed to separate the cancer from my windpipe and artery, so the big operation could now go ahead.

I then had my whole right lung removed three weeks later. I was taken into a high dependency ward for three days. I don’t remember much as I was in morphine city then.

On my seventh day I was discharged from the hospital to go home. It was very hard work breathing and going upstairs, and I must admit I had quite a few panic attacks.

Eventually I was feeling a lot better and getting my strength back, but then I got an infection where I had a chest drain. I received antibiotics, which upset me, and had nurses to put dressings on.

After two weeks, I had to go see the consultant again regarding chemotherapy. She looked at my infection and doubled the antibiotics, which made me feel even worse. She told me to come back in two weeks to see if I wanted to go ahead with the chemotherapy.

After talking it over with my family, I decided to give chemotherapy a go. It was offered to me as an safeguard in case there were any undetectable cancer cells. They told me one in 20 people benefit from it. But it wasn’t guaranteed and there were a lot of risks too.

I had eight hours of chemotherapy on the first day; I thought it wasn’t too bad. The next morning I felt very sick and had nausea. I got tinnitus in my ears. I could not stand any food. I thought I will keep taking the anti-sickness tablets and be okay. I stuck this out for six days, but by Monday when I was due to have a pre-assessment for the next day’s chemotherapy, I virtually crawled into the hospital and collapsed.

I was on fluids all day via a drip. They eventually sent me home, but wanted to check on me the next morning. The next morning I got out of bed feeling sickly again then collapsed back on the bed; I just could not stand up.

Back to the hospital. This time they kept me. I was put on fluids, anti-sickness drugs, and monitored for five days. The consultant came to see me and said no more chemotherapy for you, it’s far too dangerous for your body. The way I felt I could have kissed her!

The consultant has been really good, and has checked me for anemia, calcium, and given me steroids to get my strength back. They are checking on me every three months, for the first year, then it will be every six months, then yearly.

I know my story may seem boring to you, but if you are trying to stop smoking, maybe, just maybe, reading what I have been through and being lucky enough to survive, it may encourage you to think is it really worth smoking?

Without HealthUnlocked’s Quit Support online community and all its members I don’t think I could have kept going. The love and care the community members sent was unbelievable. I can’t thank them enough. They are all angels.

So please stop and think when the cravings start: is it worth it? I know my answer. I am sure your brain knows the answer too.

Now 72, Lesley Booth has been cancer free for more than seven years. She is a retired carer and lives with her husband Michael in the town of Yeadon in West Yorkshire, England. She enjoys spending time with her two daughters and two granddaughters, going for walks, and helping with HealthUnlocked’s Quit Support online community and cancer research organizations.

Thank you, Lesley, for sharing your story of courage and perseverance with our readers.