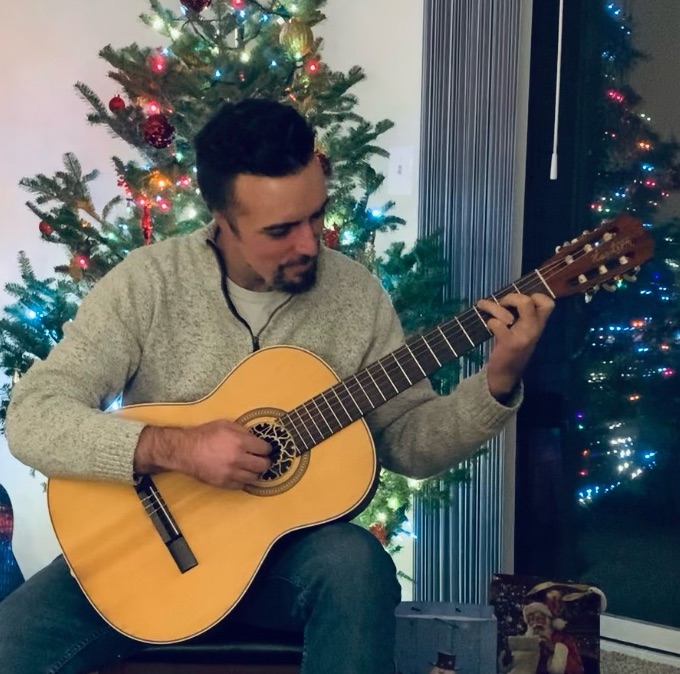 May is Skin Cancer Awareness Month and this month Ryan Cumberland shares his story of being diagnosed and treated for melanoma, which is the most serious type of skin cancer. More than 106,000 Americans are estimated to be diagnosed with new melanomas in 2021, according to the Melanoma Research Alliance.

I am 31years old and I am honored to share my story of being diagnosed and treated for melanoma. If my experience can help a single person, it makes me feel whole.

First, I want to point out that during my melanoma diagnosis I made it to a 12-step program. Without this, my addiction would have killed me. In 2011 I was diagnosed with stage 3 melanoma in my inner right ear and that ear was removed completely. I was lucky to end up with the perfect dosage of a monoclonal antibody medication during its first clinical trial. After many infusions of this drug that activated my immune system, scans from 2012 and 2013 showed a complete response and I no longer needed treatment.

Over the next several years, I repaired other damages in my life, and in 2016 I began to live a dream with Kelly, my perfect partner. In August 2018, an immense three-day long headache eventually turned into an inability to speak simple sentences and even words. A grand mal seizure sent me to the hospital in Baltimore, Maryland, where the doctors found a large tumor in my temporal lobe was bleeding. A phenomenal surgeon saved my life the next day by removing the tumor in its entirety.

Following this surgery I had to take steroids to reduce the swelling, so I could not begin immunotherapy immediately. I was also having grand mal seizures two to four times a month, which made taking care of my grandmother with Alzheimer’s practically impossible. After I finished the steroids, I got an immunotherapy infusion. Around this time, I was having bone pain in my hips, legs, and spine. It made walking and sitting extremely difficult, but I was grateful that I was still able to play my guitar!

The next scan showed that I had mass spread of cancer throughout my entire skeletal system yet it spared my arms. I was given about a month to live – until Christmas of 2018 – if I was lucky. This is when I started a combination of medicines that is used to treat metastatic melanoma. Within weeks I rose from my wheelchair, and a few weeks later I stored the cane in my closet.

The PET scan that followed showed almost NOTHING left. We decided that I should take a break from medications since I have read that the body eventually builds resistance to it. Then I was switched to a different combination of medicines, which after two infusions caused medicine-induced hepatitis. I had to take a break.

Unfortunately, my next PET scan showed more progression of the cancer. My oncologist decided that the only option left was to attempt yet another combination chemotherapy, but it was unsuccessful in stopping the progression.

The only thing my fiancé and I could think of as a final attempt to save my life was getting another immunotherapy infusion because it had previously put the cancer into remission. We were right – it irradicated everything. Or so we thought. Radiologists missed three large tumors in my small intestines that ended up completely blocking any food passage. The general surgeon told me to go home and enjoy the time I had left while receiving hospice care.

Thankfully, my wonderful oncologist did not agree. She interviewed a surgical oncologist who came in with a smile and saved my life by performing a 30-minute surgery. These doctors and surgeons are such great people! Although the surgery was invasive, and I had an extremely painful recovery, after a month I was simply fine.

A short time after, it became difficult to move my elbow and it was painful to play guitar. Another scan showed a bone metastasis on the right radial head; I was then given three radiation sessions. This took all the pain away. Though the metastasis still shows on my most recent scan (4/9/2021), it has not grown since October 2020 and nothing else shows. I call the scan clean; others will call it stable disease.

A musician who plays classical, acoustic, and electric guitar, Ryan Cumberland grew up in Harford County, Maryland, and was studying at Hartford Community College with plans to become a lawyer until his health took precedence. He enjoys being outdoors and has immense gratitude to be able to be active in any way. Ryan is happy to share information about his journey with fellow melanoma patients and can be reached at ryanscumberland@gmail.com.

Thank you, Ryan, for sharing your inspiring story with our readers.