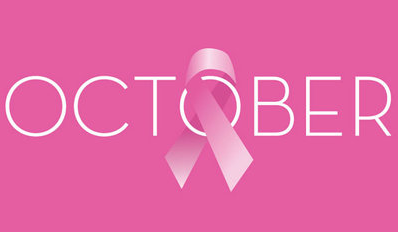 October is Breast Cancer Awareness Month.  Breast cancer is the most common cancer in women worldwide with nearly 1.7 million new cases diagnosed in 2012.

Breast cancer is different than other diseases.  At HealthiVibe, we speak to thousands of patients from around the world, representing a variety of conditions.  In many cases, as much as we learn about the conditions and the challenges the patients face, we don’t know anyone with the condition.  But breast cancer is so pervasive that almost all of us are personally affected, in one way or another.

Just about a year ago, a member of our HealthiVibe family, Jen Kelly, lost her mother to breast cancer.  We asked Jen to share her very personal story  — and she will be contributing her own piece to this blog, which will be posted on October 31.  Throughout October, we will be publishing the accounts of other breast cancer patients. Hearing from them – and from caregivers like Jen – reminds us of how unique each person’s experience is, and of the importance of the clinical research needed to combat this difficult disease.

We also reached out to our staff and asked them to share their stories about how breast cancer has touched their lives.  Those stories are below.

Abbe’s Story (in honor of Nancy)

My dear friend Nancy was 39 when she lost her battle with breast cancer, just two years after her husband’s death in the 9/11 terrorist attack on the Pentagon. At the time of her diagnosis, Nancy was the young mother of two small children – Dean (two years old at the time) and Luke (just turned three months).

While nursing Luke in February 2002, she felt pain in her breasts. Doctors assumed it was mastitis, an infection of the breast tissue.  But after further tests, she was diagnosed with Stage 4 inflammatory breast cancer, and given two months to live. She began taking herceptin, which blocks cancer cells from growing, and survived for almost two more years before succumbing on November 18, 2003.

Nancy was an all American field hockey player at the University of Rochester, a great playgroup Mom, and a close work associate of mine.  She was a nurse, and devoted her career to healthcare and patient access. Her office was two doors away from mine, and whenever I needed advice, she welcomed me in.  Nancy was highly respected by her co-workers and clients, and she made a great contribution to patient assistance programs for patients in need.  Her life was cut terribly short, but the impact she made on her friends and co-workers was immeasurable.

Anita’s Story (in honor of Misha)

This month I honor my friend, Misha, who at age 39 was diagnosed with breast cancer in one breast. After more testing, she discovered she was a carrier for the BRCA 1 gene. Due to a family history (she lost her mom at an early age to ovarian cancer), she opted for double mastectomy surgery. I applaud her courage and strength in the face of this devastating diagnosis at such an early age. I am happy to say she is a 5-year survivor. I am proud and honored to call her my friend.

Debbie’s Story (in honor of Fran)

I would like to honor my cousin, Fran, who was diagnosed with early stage breast cancer two years ago. She bravely underwent successful treatment and reconstructive surgery, and after months of sleeping in a recliner because she couldn’t find comfort any other way, I’m happy to report she’s cancer free and back to sleeping in her bed!

Jeri’s Story (in honor of Sandi)

I remember my brother looking very dapper but downcast as he arrived alone to my wedding in 1990. I was disappointed, although not surprised, that his wife Sandi hadn’t come with him – she was terribly sick.

That’s when I learned just how sick she was. Sandi was only 37 and had been diagnosed with breast cancer 5 years earlier. She had felt a small lump in her breast and went to get it checked out. The mammogram came back normal. There was nothing to worry about. Except that it wasn’t her mammogram. The imaging center had mixed up her results with someone else’s.

By the time she discovered that the lump wasn’t so innocuous, it was too late. The cancer had metastasized. Although the initial surgery, chemo and radiation were deemed successful, the few cells that had traveled through her lymph nodes had the final say and she was not cured. She even underwent a bone marrow transplant even though it was experimental at the time.

We were all leading busy lives back then and I never really knew just how bad her cancer was, but it hit home when I looked out at the empty seat beside my brother as I took my wedding vows.

We had a lot of out-of-town guests visiting and I couldn’t wait for all of it to be over so I could go visit Sandi. Our visit didn’t come soon enough for her, however. She passed away four days later.

We buried her in the beautiful dress she bought to wear to my wedding.

Anne’s Story (in honor of my grandmother, three aunts and Ellen)

Sadly, my mother’s family history is saturated with poor outcomes from breast cancer.  My mom’s mother, her 3 aunts and her sister (my aunt) all died of breast cancer.

Each time I participate in Relay for Life, the ACS fundraiser, I do it in honor of my grandmother and aunts.   I have also had the privilege of working in a previous career with cancer patients, many of whom had breast cancer.  One particular patient, Ellen, was in her mid-40s.  She was going through a 3rd recurrence and knew it might be her last Christmas.  Her husband, a wood craftsman, made me a beautiful reindeer that you could stand up by the fireplace.  I put that reindeer up each year and honor Ellen’s courage and brave spirit.  I learned so much more from her than she ever did from me during the time she participated in a clinical trial I was managing.

While I have been fortunate enough to not have been personally affected by breast cancer, earlier this year I got my first mammogram. Not only was I thankful to receive the “all clear” from my doctor, I also felt proud to make my health a priority in my life.

Tom’s Story (in honor of Marcia)

My wife and I are runners, and we have many friends who are runners as well.  A year ago, we found out that one of our running friends, Marcia, had been diagnosed with early stage breast cancer.  Runners pride themselves on their health and their vigorous lifestyle, and Marcia’s diagnosis was a reminder of how pervasive and indiscriminate breast cancer can be.  Because of her family history, Marcia took an aggressive approach to her treatment.  Soon she was back in training, and this past August she competed in—and finished—an Iron Man.

Working with HealthiVibe I had the opportunity to work on a breast cancer survey project for patients with metastasized breast cancer.  I have been fortunate to not have breast cancer affect me personally, or anyone I know.  But through this project, I have been able to learn a great deal about breast cancer, and have gained an understanding about how every patient and their disease is unique.