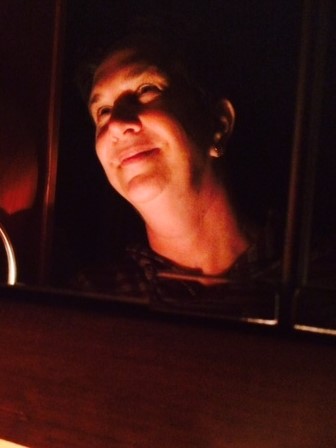 Throughout the month of October, we are dedicating our blog to stories of breast cancer. This blog post from guest blogger Amy is the second in our series.

Amy is a later Baby Boomer, married nearly 40 years, three children, one teenage granddaughter and three cats. After raising her children and caring for her ill mother, she decided to do something for herself and received her Bachelors degree in Liberal Arts with side dishes of Social Work, Sociology and Gerontology. While she is currently living off the fruits of unemployment and her husband’s hard work, she indulges in learning new things from science to social sciences to psychology to the latest Hollywood gossip as well as binge watching shows that were popular 4 years previous. That way she can finally get the inside jokes.

How Cancer Effected her Mother

“…..resulting in metastatic hepatic CA.’ That’s what’s written on my mother’s death certificate from 2004. The cause of her death. The breast cancer that was diagnosed in 2000 and, after a half round of chemo that nearly killed her and 6 weeks of radiation, was declared vanquished and then hid itself and searched her body until it settled into her liver. She was diagnosed with liver cancer 3 days before she died.

The results from her mammogram in May 2000 said everything was all clear. She went to Oregon in July to see her new granddaughter. We met for lunch in August when her pictures of the trip came back. Mom wasn’t herself, though. She asked me to go to the women’s room with her because she had something she needed to show me. That’s where I felt the lump in her left breast. I told her to go to her doctor’s immediately; not stop at home first, not to call, but to GO. His words: “You didn’t need this. You DIDN’T need this.”

Her mammogram the next day showed an interductal tumor. They decided to compare the film to the one in May and were stunned to find it was there; blatantly white and mocking them. Even an untrained eye could have seen it. The following week, she was scheduled for a lumpectomy. The lymph nodes showed the sentinel was infected as was the second. The third was questionable and the fourth was clear.

The radiologist who read the May mammogram was given a slap on the wrist, apologized to the board and to my brother who was a RN at the hospital at the time. But never to my mother. Never. The only positive is the rule put in place because of this fiasco that each mammogram is to be read by two radiologists so that something like this would never happen again.

Mom had heart issues and diabetes. It’s not as if she never took care of herself. Genetics can be an awful thing at times. We were so busy stabilizing her heart and dealing with diabetic issues that the spot on her liver was put on the back burner. It wasn’t growing at all over three years but a biopsy may have upset the heart issues. “We’re just going to leave it for now.” Her health required a daily truckload of pills so her primary, she and I decided she was able to come off the estrogen suppressor since she was well past menopause. That was July, 2004. By the time the liver biopsy was done in December, 2004, that inconspicuous spot had grown quite large. When pathology returned, it showed the same genetic characteristics of her breast lump; estrogen fueled. Taking her off that medication allowed it to flourish. We didn’t know. Seems she was not clear of the cancer at all.

I am angry. Still. I am furious. Still. There’s no way to know if her treatment had started in May the outcome would have been different. It was a fast growing cancer but how fast? Were her other health issues at play? A compromised liver because of all the heart and diabetic medications was the perfect spot to settle and wait until the perfect time to destroy her life and the lives of everyone around her. Her wit is gone. Her wisdom leaves a vacuum in the room at times. Her very essence seems to be slowly fading from the fabric of this family but memories remain. Sometimes those same memories create smiles that sneak across our faces. My kids will say “That was a Grammy move!” when I’ll do or say something. Sometimes I catch my self being angry that she ‘left me’ even though I know it was nothing she did on purpose.

But for now I’ll remain angry. But vigilant.

Thank you for sharing your with us, Amy.

If you have a story to share with our readers about participating in a clinical trial, overcoming adversity or living with a chronic condition, please let us know. We’d love to have you guest blog for us. Guest blogging helps others outside of your disease area learn about your struggles and discover your passions. We will help promote your website and social media accounts, as well as your favorite advocacy group. Contact us to get started sharing your story now!