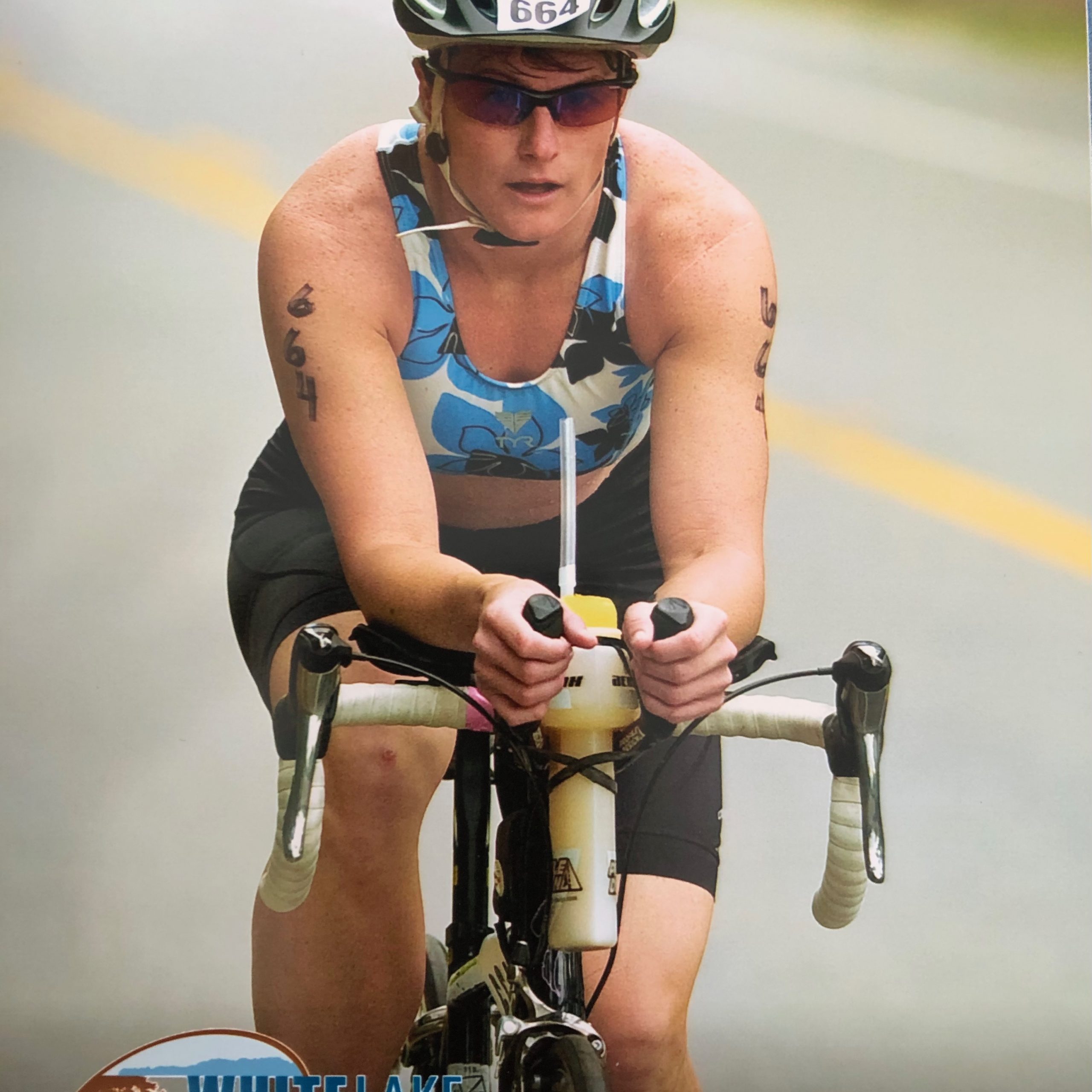 “It is good to have you with us today,” said the bike ride leader. I closed my eyes and tried not to cry. It is good to be here. To start again.

I remember being in kindergarten when a local gymnastics team did a demonstration in my class. When I went home I told my mom, “I want to do that.” I did not stop until I was signed up for lessons – it took me weeks. The gym was my favorite place in the world. The smell of chalk dust and sweat still makes me feel like I’m home. Overall, I spent 12 years in the gym and although I’m not a decorated athlete in the sport, it gave me great joy and a sense of accomplishment.

In high school I discovered track and field. It gave me a similar adrenaline rush and I was pretty fast. University of Florida thought so as well, and I competed at a high level in the 400-meter hurdles.

While I was in college I went on a blind date with a guy who took me to a location shoot for a television show so we could look around. Once there I was approached by an anxious man who asked if I happened to be a gymnast (my muscular legs gave him the clue). Twenty minutes later I was wearing black leather pants and doubling for actress Lisa Neimi (Patrick Swayze’s wife) as her character got thrown through a storefront window.

That began a 14-year career as a stuntwoman in live shows, movies, television, and even a video game! Gymnastics gave me the skills and track gave me the confidence. I’ve wrecked countless cars and fallen down many stairs. I’ve done 50-foot high falls and have even been on fire. I have more than 40 movie/television credits to my name. The best part of being a stuntwoman was being recognized as an athlete and to have my skills appreciated.

Next came kids and family. I met another mom who introduced me to triathlon. It was a perfect fit. It was not unusual for me to bike more than 100 miles, run more than 20 miles, and swim in the local lake all in one week. My cup was full.

Several years ago at age 47 things started to change. I got injured a few times and backed off of racing. I took a full-time job as a registered nurse. It seemed like overnight that I was crushed by depression, an early non-motor symptom of Parkinson’s Disease. It was debilitating. What worried me most was the shaking. I had noticed a tremor in my hands since my twenties, but had always blamed adrenaline. Suddenly it was worse and it was very noticeable at work. You do not inspire confidence with your patients when approaching them with a shaky hand holding a needle!

Running became difficult because my gait changed so much. I was always so tired and couldn’t get a good night’s sleep. Things really started to slip, and I crawled into bed and stayed there. I was overweight, sedentary, and I felt terrible. I thought my adrenaline-filled days were over. My PCP jumped on the situation and sent me to a psychiatrist and she sent me to a neurologist. My physical exam indicated that I was showing signs of Parkinson’s. My arms didn’t swing when I walked, I showed balance issues, and I had some rigidity on my left side. A DaTscan (an imaging technique that helps visualize dopamine transporter levels in the brain) proved the theory.

After all those years of not feeling well I was diagnosed with Parkinson’s Disease and essential tremor. I started medication and my depression started to subside. My balance improved and the tremors lessoned. While doing research, I learned that exercise was more important to me now than it ever had been in the past. I cannot tell you how that made me feel – I could get back to my normal.

It took three more months, but I dusted off my bike. The first thing I did was remove the computer. I was not going to be defined by how fast I was riding or how hard I was pedaling. Exercise wasn’t going to be about speed or time or races. It would be about feeling good and staying healthy. I would do what I felt like, and if I was having a bad day, which happens, I would not feel guilty about taking the day off. Recently I joined a group ride with a different set of athletes who are slower and less competitive, each with their own story. This is mine.

Kathryn Dion lives in Raleigh, North Carolina, and works fulltime as a dialysis nurse. She enjoys spending time with her two college-aged daughters and her dog Sansa as well as biking both indoors and outdoors.

Thank you, Kathryn, for sharing your amazing story of courage and hope with our readers.