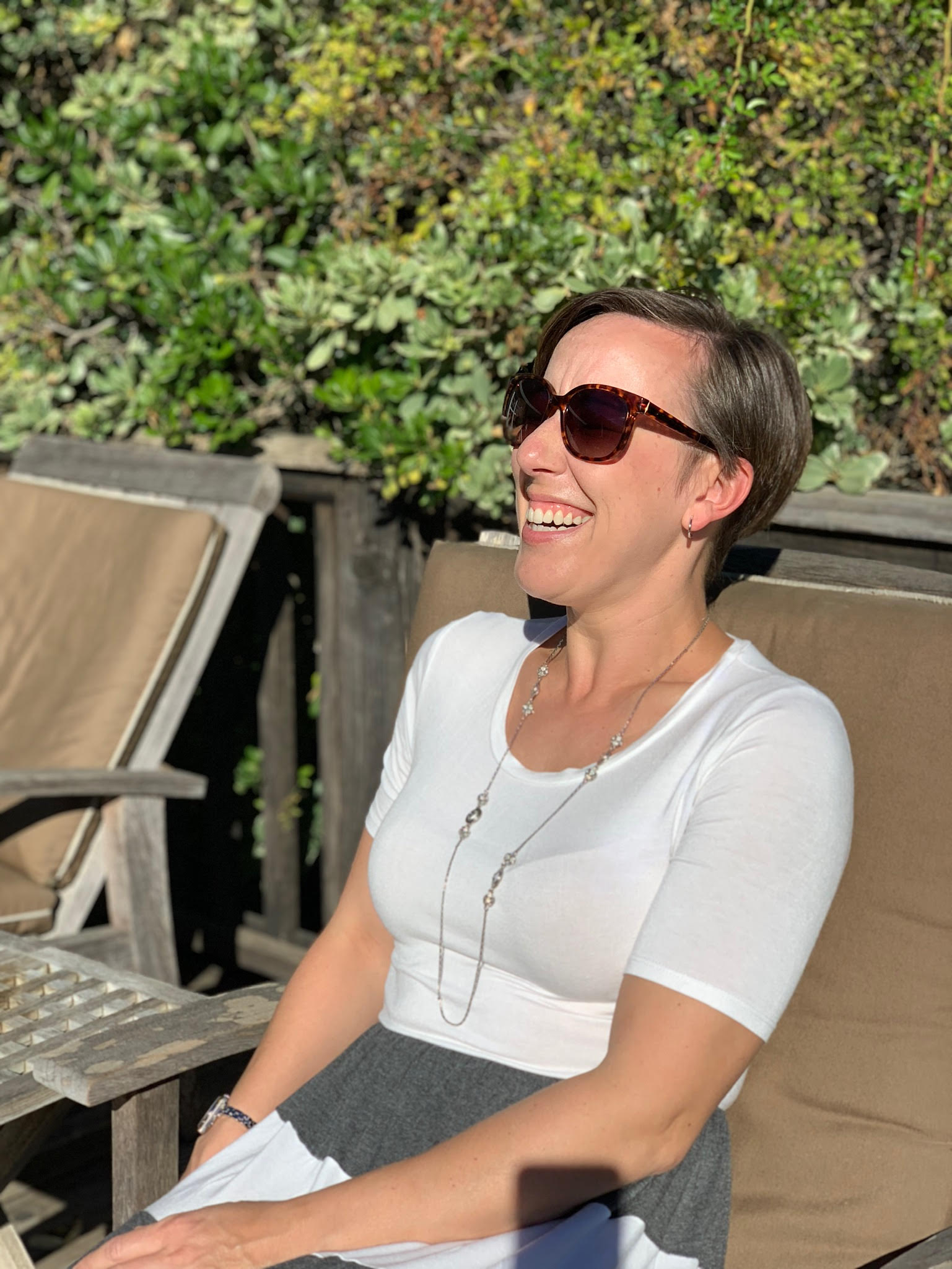 In this blog post, guest blogger Samantha Harkins shares her journey with inflammatory bowel disease, including several misdiagnoses, multiple surgeries and finally accepting that Crohn’s Disease is part of her identity.

Twenty-one years ago, I was a 19-year-old college junior working at my job at the mall. Suddenly I doubled over in extraordinary abdominal pain. I could barely stand, and my manager sent me home. My brother drove me to the ER where I received a referral to a gastroenterologist. I assumed this was merely some kind of fluke, but I went to see the GI specialist anyway.

I didn’t know then that my first traumatic visit to the GI doctor would be one of many. I’ll never forget the nurse walking in, handing me two enemas and me staring at her blankly wondering: 1) what on earth these were and 2) why on earth they thought I should use them. It was to prep for a sigmoidoscopy, an examination of my large intestine, the first of dozens I would have in the next two decades.

After a series of uncomfortable and embarrassing tests, I was diagnosed with proctitis, inflammation of the rectum. That’s a fun one to try to hide from your college friends. The next year a colonoscopy revealed I had been initially misdiagnosed and had ulcerative colitis instead. Aggressive treatment followed.

In the summer of 2000, my pain came to a head. I spent weeks in the hospital, received a full colectomy (removal of my colon) and woke up with an ileostomy (an opening in my belly to move waste out of my body). I somehow started law school three weeks after I was released from the hospital weighing a teeny 95 pounds. I could barely carry my books to my first classes. In my first year of law school I had another bowl reconstruction surgery and had my ileostomy reversed in the spring of 2001. I naively hoped this would be the end of my bowel troubles.

Within weeks of the reversal the pain started again, and my diagnosis changed again, this time to Crohn’s Disease. That diagnosis was harder to process because I realized for the first time that I would have a lifelong illness. But I was (and am) determined that Crohn’s would never define me.

After those three initial surgeries and the introduction of some stellar new drugs, I had 14 good years with no flares and very few problems. I had a scar tissue related hernia surgically repaired in 2011 with no complications. A second hernia repair in the summer of 2014 resulted in a bowel obstruction, surgery, blood clot and a month in the hospital.

I’ve been hospitalized three times since 2014, for another bowel obstruction, a Crohn’s flare and an abscess. I marvel at what the human body can endure. But for people who don’t know how sick I am, I make sure they will never know.

After law school I began a career in local government that has culminated in my now being the Chief of Staff to the Mayor in Lansing, Michigan. I began running in 2006, and I’ve run 4 marathons, 22 half marathons and dozens of shorter distance races. I completed my first triathlon in 2014 just before my hospital stay. Crohn’s does sometimes affect my running, but I contend that running makes me feel normal. In 2011 I started a blog, “I Run These Towns” (http://irunthesetowns.blogspot.com/) to talk about two of my passions: running and cities. But I’ve also used it as a form of therapy to talk about life challenges, including my Crohn’s.

I’ve been married to my husband for 10 years, and he and our four-year-old son are the loves of my life. We spend weekends working toward our goal of biking to all 77 of the city’s playgrounds and look forward to spending many days at the pool this summer. I’ve gotten over the fear I had 20 years ago about how my scars look in a bathing suit. Stomachs without scars are a little boring, right?

There are times where having Crohn’s wears me down, particularly like now where I’m dealing with low iron and will be receiving two iron infusions in June. But life is a series of challenges whether they’re related to a chronic illness or something else. Now, at the wise age of 40, I embrace my Crohn’s as a huge part of who I am.

Thank you, Samantha, for sharing your story of courage and perseverance with our readers.

One thought on “Making Peace with Crohn’s Disease”