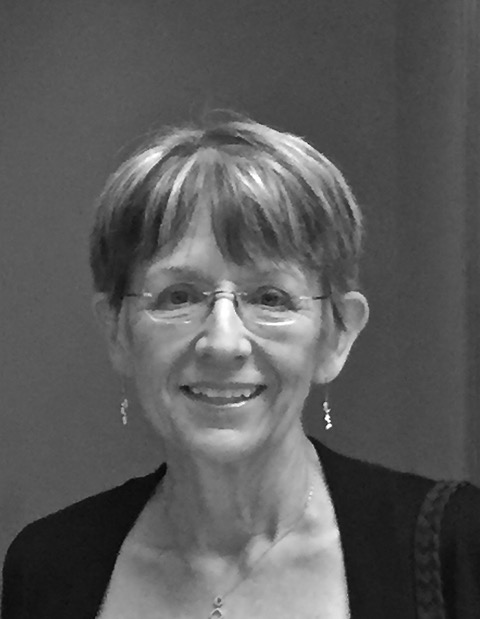 In this blog post, Catherine Samargo shares her story of being diagnosed and treated for uterine cancer. She reflects upon what it was like to receive a cancer diagnosis in the midst of other family tragedies and how her mindset slowly shifted from one of victimization to one of compassion for all human beings enduring suffering and hardship.

I was well past menopause when out of the blue I started spotting. I’d always had heavy periods, so I thought — oh rats, menopause must not be over, and tried not to think about it. I was worried about my younger sister, Lisa, anyway. A few months earlier she had experienced an episode that involved a marked, permanent change in her vision, so much so that her doctor ordered several scans. The inconclusive results suggested she’d had a stroke, but the search for a diagnosis went on.

Meanwhile, I mentioned my annoying, unending spotting to my OBGYN son-in-law, who told me, with some urgency, to make an appointment with my gynecologist. Immediately, he said. So I did, and then began the anticipation — an appointment, a biopsy, an extended wait over Thanksgiving weekend for results. Although absorbed by holiday plans and family gatherings, I was quietly anxious about the biopsy results, yet confident of a logical explanation.

At that time, Lisa and I were still coming to terms with our brother’s untimely death two years earlier in a car accident. Other than my still grief-stricken psyche, I was healthy as a horse. So was Lisa. We come from a family of long-lived, healthy people who die of strokes in their late nineties.

I was driving when the call finally came. At long last — the biopsy results! But no. They said I had to come in and discuss the results with the doctor. So I knew. It was surely cancer. But really? Cancer? Disbelieving, stunned, and devastated, I began an internal monologue of angry temper tantrums, which in part distracted me from the most all-consuming, helpless fear of my life. I had cancer? But there’s no cancer in my family. Why me? It became my mantra. I knew death was imminent.

“It’s not fair! Why me!” I thought, trying to figure out how I was going to manage my job and my cats — my life! — while dying.

“No fair! This isn’t supposed to happen to me! I’m only sixty-one. Why me?” I silently raged, thinking of all my very old cancer-free ancestors and relatives.

“Why me?” I growled with shame and embarrassment. “I’ve always been healthy and now I have cancer? This is not fair.”

Then one morning I woke up, probably after another restless night of why-me’s rattling through my mind, and I heard a new voice. It was the cool voice of reason answering my incessant question with another one.

“Why not me?” it said. What was so special about me? What made me so privileged that I should be spared?

After that, whenever my mind knee-jerked out another whimpering why me, I thought about the victims, the collateral damage from all the bombings that were occurring in the Iraq War, which was going on then. All those mothers and children and elderly people, whose houses were blasted into rubble around them, whose family members were randomly taken from them, who experienced daily horrors most of us can’t imagine.

It turned out I had stage-one uterine cancer. A complete hysterectomy (no follow-up chemo) “cured” me. But I have never stopped asking that sobering question — Why not me? It has changed the way I live — now with appreciation for each day I’m given, for family and friends, and for the many wonders around me. I am awake to the suffering of others. Mindful of my physical vulnerability, I have done much reading about the causes of cancer and made many changes in my diet and lifestyle. I try to be proactive in matters of fitness and health, both mental and physical. But despite all that, I know, in a way I didn’t know it before, that I have an expiration date.

Shortly after my surgery, it was finally determined that Lisa had a malignant, inoperable brain tumor, and I wanted to scream it — Why her? I began to imagine that she and I, grieving together over the loss of our brother, Joe, had both responded by developing cancers. Had stress weakened our immune systems? Certainly, we were less fortunate than our robust ancestors. Unlike them, we had grown up in Charleston, West Virginia, where in those days the area’s numerous chemical plants belched out carcinogens night and day unchecked by regulations.

I’ve now been cancer-free for 10 years, while Lisa soldiers on, suffering side effects and declining health, first from radiation, then chemo, and now monthly infusions of a vascular growth blocker.

And I don’t know why. Nor do I know why we lost Joe. With some daily meditation, I’ve come to accept that there are mysteries in the universe, ones that we are perhaps not meant to know.

Catherine Samargo is author of Another Side of the Line, a historical novel exploring life and labor conflicts in the coal camps of southern West Virginia in the early 1900s. A West Virginia native, Catherine is a retired schoolteacher and writer/editor currently living in Massachusetts.

Thank you, Catherine, for sharing your thoughtful and inspiring story.

If you have a story to share with our readers about participating in a clinical trial, overcoming adversity, or living with a chronic condition, please let us know. We’d love to have you guest blog for us. Guest blogging helps others outside of your disease area learn about your struggles and find inspiration in your story. We will help promote your website and social media accounts, as well as your favorite advocacy group. Contact us to get started sharing your story now!