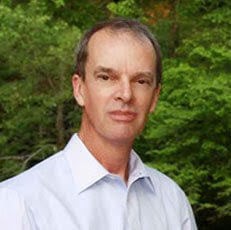 Joining a clinical trial may be the most important step a mesothelioma patient or any cancer patient can make — taking a leap of faith that goes well beyond your own best interest.

Clinical trials are scientific studies where new breakthroughs, such as treatments, drugs and other therapies, are first tested on patients to determine their safety and effectiveness.

These studies promote medical progress that fuels optimism in the fight against cancer.

For some patients, a clinical trial could be a desperate, last chance. For others, it creates hope for the future, giving of oneself to support researchers testing the latest advances.

There are no guarantees. Sometimes, they work and patients benefit tremendously. Other times, they do little to help a patient. All participants, though, are treated like heroes.

“I just find the opportunity to do something for someone else very rewarding and uplifting,” said Richard, a mesothelioma patient who travels 100 miles to Nashville, Tennessee, every three weeks to participate in an immunotherapy clinical trial. “I was glad to step up and help the drug-development process. It was an opportunity to contribute.”

Malignant mesothelioma is the rare and aggressive cancer caused by prolonged occupational exposure to asbestos.

Richard, 61, was fortunate. Doctors handed him a one-year life expectancy, but he just celebrated his five-year survival. Although he underwent aggressive surgery to remove the cancerous lining around his lung, the chemotherapy stopped working after a year. The disease started spreading again, leaving him with few options. That’s when he found the clinical trial.

“I’m not a doctor, and I’ll never be one, but I can be a good patient for those doctors,” he said. “I’ve been fortunate. Maybe they can learn something from me. I found the silver lining in all this.”

Almost all cancer drugs administered today and approved by the FDA were tested first in clinical trials.

People are at the heart of these research studies, the key to improving therapies and eventually finding cures for cancer. The problem, though, is that not enough patients participate, especially in trials for rare cancers such as mesothelioma, which is diagnosed in only 3,000 people each year in the U.S.

Less than five percent of all cancer patients in the U.S. participate in clinical trials, according to the National Cancer Institute. For studies to produce meaningful results, you need large numbers of participants.

“Sure, I was hoping it would help me, but it’s also rewarding when you know you’re helping others,” he said. “I wanted to be as helpful as I could. And being in a clinical trial allowed me to do that, providing information to researchers about what works and what doesn’t work.”

Many of the cancer trials today involve the latest treatments such as gene therapy, which uses laboratory modified viruses, or immunotherapy, which manipulates a patient’s own immune system to fight off the cancer. Clinical trials ensure innovations in research.

The need for trials is overwhelming for a cancer like mesothelioma, which has not changed its two-drug combination of cisplatin and pemetrexed as standard-of-care treatment in more than a decade.

And little progress has been made in extending the lives of patients outside of clinical trials.

“With a clinical trial, you’re stepping into unknown territory,” Richard said. “But the choices I had were taking a known drug with a less-than-attractive success rate, or an unknown drug to see what will happen.”