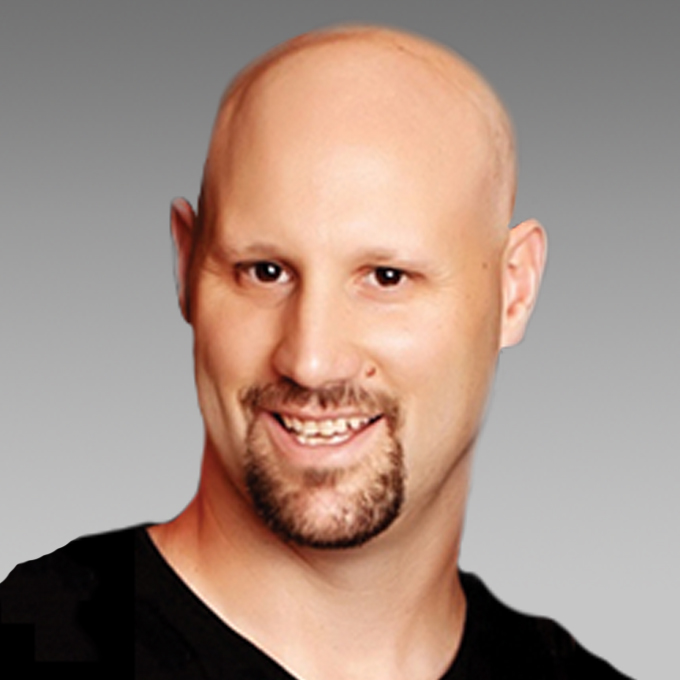 In this blog post, T.J. Sharpe shares his story of how a clinical trial not only saved his life but gave him a new and more meaningful career. A member of HealthiVibe’s Patient Steering Committee, T.J. shares his story in recognition of Clinical Trials Awareness Week, which is May 18 – 22, 2020.

Diagnosed at 25 with a Stage IB melanoma, I thought my cancer fight was but a memory that necessitated sunscreen and floppy hats. Twelve years later, I went into the hospital with what I thought was a spiking fever – and walked out 16 days later, with a grapefruit-sized tumor removed from my small bowel, and others spread across my lungs, liver, and spleen. I was 37 and had just been re-diagnosed with melanoma, this time stage IV.

That hospital I had just spent two weeks in was the same hospital where our second child had been born just four weeks earlier. When we left there for the second time in two months, though, things were anything but joyous. It was 2012 and the standard of care for metastatic melanoma was still chemotherapy; with that line of treatment, there was less than 10% chance of living five years. The first oncologist told me he would be surprised if I were here in two years.

Out of all of that, a glimmer of hope appeared, through the lens of internet searches, advocacy group chat boards, and pharmaceutical pipeline research. The world of immunotherapy was just being (re-)discovered, and there were whispers of amazing, life-saving responses using new medicines that worked with your immune system. The problem was they were mostly unavailable to patients, still locked away in early-phase clinical trials. Thousands of patients looked for the hope these treatments gave, but only a few hundred would end up participating in those first trials.

I was lucky. I found a clinical trial for a combination of immunotherapies that was so new, no one had done this sequence of treatments before. Some people would have heard, “This has never worked on ANYONE before” if their oncologist told them they would be Patient #1. I heard, “NO ONE has EVER failed this before!” Someone a lot smarter than me thought these medicines could treat – and, maybe, cure – the melanoma that threatened to keep me from seeing my kids go to kindergarten. I was willing to give it a shot, not because I had no other options, but because my BEST option was clinical research and the cutting-edge science that drives it. I was ready to be the amazing success story that would change cancer treatment for everyone.

Except, it didn’t work. Well, it didn’t work for me. Turns out, half of the people in the trial had a response, but not me. Now that my most promising treatment turned me from Patient #1 to Non-Responder #1, we were left looking for Plan B. Fortunately, I was lucky again. In the few months since my diagnosis, more immunotherapy trials had begun. I was able to land a spot in another one; this time, the drug worked wonders. My tumors shrank in half within weeks. A little over a year after starting the trial, doctors surgically removed the last bit of melanoma they could find. Just under two years after that first oncologist’s stark prognosis, I was – and remain – cancer-free.

Cancer took my life in a different direction than anyone could have anticipated, but clinical trials changed the course of what had been a dismal outlook. Clinical research not only saved my life, it changed it. A career as an IT project manager was put in the rearview mirror.  I now spend my life as an advocate and an advisor, representing the patient voice in the entirety of the drug development process, with pharmaceutical sponsor companies, contract research organizations, and other service providers within the clinical research world, including the HealthiVibe Patient Steering Committee.

I represent the voice of every person who has or will hear the words, “You have cancer,” or some other diagnosis that will change their health journey, their life, and their family. So very few have the chance to make an impact on other patients by working directly within this industry, and I now get to live that every day. It is an opportunity and a responsibility not taken lightly. It is by far the second-most important job I could ever hold, delivering the message for nameless, faceless, fellow mothers and fathers, all of whom want nothing more than to find the right treatment for each of us. So we can continue to do our most important job – being parents.

T.J. Sharpe is a writer, speaker, advocate, and patient advisor in the pharmaceutical and clinical research worlds. He lives in Fort Lauderdale, Florida, with his wife, Jen, and their children, Josie and Tommy. Follow him on Twitter @TeamTJSharpe and Instagram @tsharpe86.

Thank you T.J. for sharing your story of courage, hope, and transformation with our readers as well as all of your efforts on behalf of patients everywhere. You are truly an inspiration!