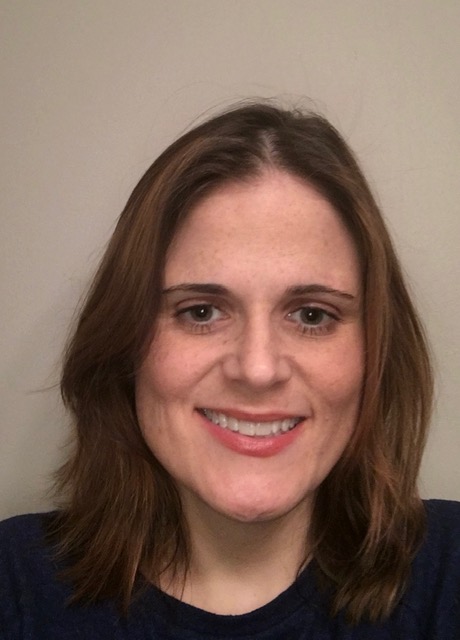 In this blog post, guest blogger Laura Scott shares her story of trying to get answers to the myriad of symptoms she began experiencing as a young mother. Only by continuing to advocate for herself did she eventually learn that she is suffering from four autoimmune diseases.

This is my first foray into the world of blogging, and it should be no big deal for a 45-year-old teacher and English major to put together a blog post. But when you live with multiple autoimmune disorders doing something as simple as writing a small article seems like an insurmountable task.

My journey began in my thirties when I had two small children and was taking care of my mother who had her own share of debilitating health problems following a stroke. I knew something was wrong, but ignored my symptoms of brain fog, insomnia, extreme fatigue, joint and muscle pain. That is until I couldn’t ignore it anymore.

I went to my primary care doctor who tested me for Lyme Disease. When that test came back negative, he said I must be too stressed given that my mother had passed away and I was a full-time substitute teacher. So I kept pushing forward.

Next I saw a neurologist who declared I was “fine.” I finally received a diagnosis of fibromyalgia from a rheumatologist based on the sensitivity of my trigger points and my blood work results. She prescribed pain medication and exercise and sent me on my way, but I still wasn’t getting any better. I continued to do my own research and went from one doctor to the next, trying to find someone who would really listen to me and help me. I got a lot of “well fibromyalgia is a wastebasket disease” or ”you’re just depressed” — even from my primary care doctor who I had seen for 20 years!

I took the pain medication and carried on, but the nagging feeling that something else was off would not go away. I went for another opinion and found a doctor who also thought I had fibromyalgia until a biopsy showed psoriasis. That coupled with pain in my joints and tendons led him to diagnose me with psoriatic arthritis, which I like to call rheumatoid arthritis with a rash when people ask me about it. Then I started the trials of the biologics. Yes, the drugs with a list of side effects a mile long from the commercials. The first medication was a pill that made me almost suicidal. I tried three more biologics with all the side effects that come with them. I am still experimenting to find the right one.

I had suffered for five years at this point. I was in severe pain from being on my feet running after elementary school children at my job. I was too tired to spend time with my children when they got home from school, and I was spending more time in bed after work than doing anything else. I eventually quit my job because of the exhaustion. I needed answers. This wasn’t the life I wanted to live!

I switched primary care doctors and found someone with more empathy. She prescribed medication to help me sleep, but I was still in search of answers. I started to have additional symptoms over the past year. My blood pressure would drop dangerously low and my pulse would become very high. I was constantly dizzy, exhausted, in pain, and now having migraines.

Then I found a local support group that pretty much changed my life — Dysautonomia International, a non-profit group that helps people living with autonomic nervous system disorders. The group referred me to a neurologist who had a special interest in autoimmune disorders. I was lucky and got an appointment for six weeks later, as many people have to wait a year to see this doctor. He was like a detective and spent 45 minutes asking me questions no other medical professional had asked. I left with a list of testing he wanted me to do and blood work that he requested be sent to a nationally renowned clinic instead of the local lab. He also sent me for a sleep study and had me do a blood pressure study where you bring the device home and wear it all day and night. However, it was the blood work that proved most helpful.

Not only did I have fibromyalgia and psoriatic arthritis and the newly added Sjogren’s Syndrome, I also had a rare autoimmune disorder called pernicious anemia. This is not the normal anemia where you take an iron pill and eat more meat; it is a type of anemia that causes Vitamin B12 deficiency that people used to die from. My stomach could not absorb B12 and I will need shots for the rest of my life. It has caused me to have neuropathy and the worst fatigue I have ever felt in my life. It also affects my short-term memory and balance.

I am now embarking on a journey to find my new normal. Working outside the home is out of the question right now because I never know when one of my illnesses will flare up. I hope by writing this post it helps other people know they are not alone. We know our bodies, and I want people to keep searching for answers no matter how many medical appointments end with the doctor dismissively telling you to get more exercise. I also hope to raise awareness that just because someone doesn’t look sick doesn’t mean they are well. These are all invisible illnesses, and I put on a good front when I present myself to the world. However, people who know me realize the toll this has taken. I am lucky to have the support of my family and friends, which makes it easier to navigate this process.

Laura Scott lives in Kings Park, New York, with her husband and two children. She plans to start her own blog to inspire and provide support to others dealing with chronic illness. She can be reached at laura31674@gmail.com.

Thank you, Laura, for sharing your story of courage and perseverance with our readers and good luck with your blog!