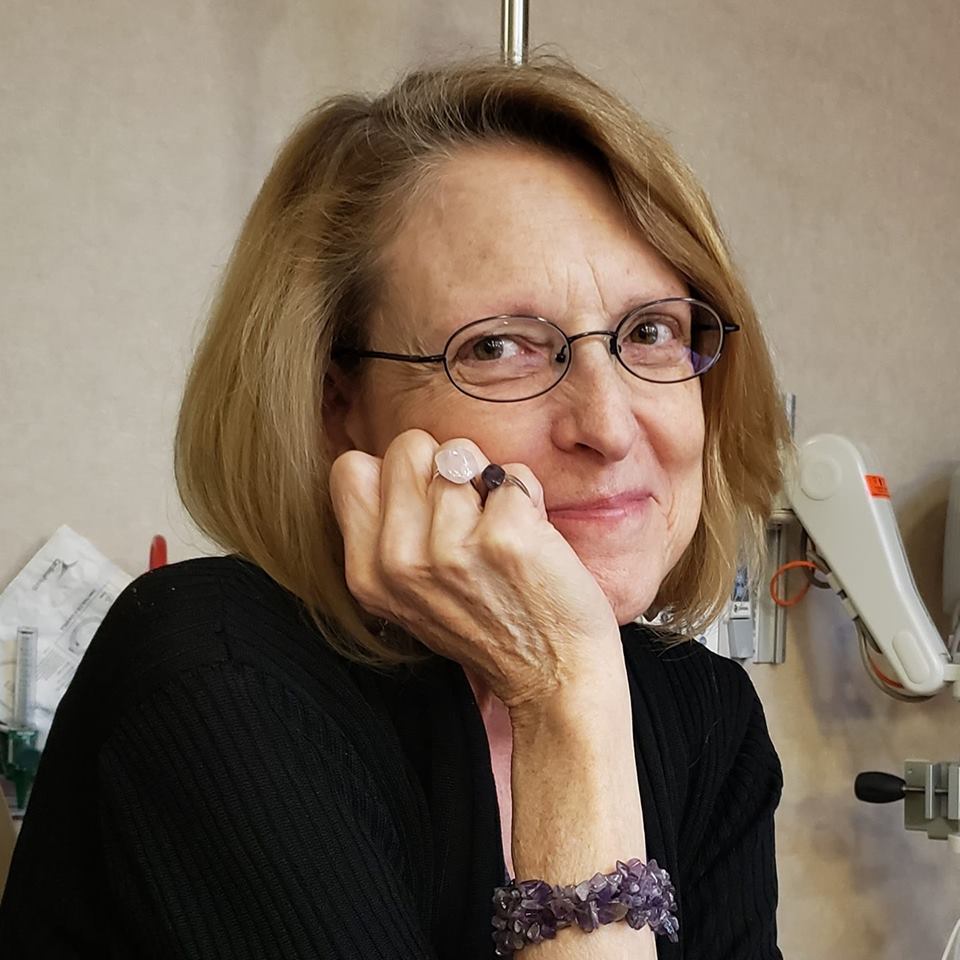 In this blog post, guest blogger Cynthia Pepper shares her incredible story of how she was diagnosed with inoperable cervical cancer and given little hope to survive, but a chance meeting with the right doctor saved her life. By participating in a clinical trial, she is alive today and in complete remission.

October 31 of 2017 started out for me with a weird nagging pain in my right side that just wouldn’t go away no matter what I did. The pain increased until I could hardly move, and my wife called an ambulance. A few hours into my emergency room visit, two young residents had to tell me that I had stage 4A cervical cancer. When my wife asked about surgery, we were told that it was too late for that because the tumors had already encroached on my vagina, bladder, and rectum, and there was lymph node involvement as well.

In 2014, I had had breast cancer, invasive ductal carcinoma. I chose a mastectomy over a lumpectomy and declined reconstruction. My family and friends rallied around me immediately when I was diagnosed, and I recovered quickly after the mastectomy, requiring no chemo or radiation.

A year later, my wife was diagnosed with stage 2 breast cancer. She endured four months of vicious chemotherapy, followed by a mastectomy, followed by radiation for eight weeks. She struggled with lymphedema and neuropathy, but she fought hard, and by the spring of 2017, we were looking forward to getting back on our feet financially and just living our lives. We were college sweethearts who got back together after 35 years apart, and had only been reunited for two years when the cancer-go-round started.

Cancer? Again? And stage 4, inoperable, with only a 30 to 40% chance of beating it going the route of traditional chemo and radiation? We had fought cancer twice and won, but this time…I didn’t know. Even through the numbness, the grief and terror were palpable.

And then something amazing happened. The gynecologic oncologist who just happened to be on call and in the ER when I was admitted, and thus ended up with me as a patient, came to my hospital room the next morning as I was being discharged, and he said to me: “I can help you.” He told me about a clinical trial using an immunotherapy drug that he’d been working with for some time for patients with my diagnosis. He said that after I finished the traditional chemo/radiation protocol, if it didn’t work, I might be a good candidate for the trial. And that’s exactly how it went down: my tumors stopped growing during the traditional treatment, but once it ended, they began growing again. And as crazy as it sounds, I’m glad they did, because that helped make me eligible for the trial, which I began in April 2018.

I entered the clinical trial with no fear at all. I was dying anyway and therefore pretty darn fearless – my fears centered around leaving my wife and children, and I knew this was a Phase 2 trial. For the first four treatments, I received a combination of two drugs; after the fourth treatment, my protocol became one drug only, received via infusion every two weeks. Four months into the trial, I began to realize that I was feeling better. As part of the trial, I go for CT scans of my chest, pelvis, and abdomen every six weeks, and by the fourth set of scans, my tumors were shrinking. Daily, I could feel my energy rebound and my spirits lift. Every set of CT scans revealed more shrinkage, until the tumors were so small that they couldn’t be measured – and now, incredibly, they are gone.

The rewards of participating in this clinical trial go far beyond giving me my life back, which in and of itself is a miracle. I had been given a death sentence. I was trying to prepare my family and friends, and trying to prepare myself to say goodbye. To say that I’ve been spiritually reborn is an understatement. My perspective on many things in life has changed drastically. The medical people who’ve been part of this journey with us are another huge reward: the nurses, the certified nursing assistants and certified medical assistants, the physician assistants, the doctors, the medics, the administrative people in many of the offices we frequent – these people have become like family to us. And the knowledge that in some small way, by participating in this trial, I am helping other women – that’s one of the biggest rewards of all.

So here I am, in complete remission. I’m feeling strong and healthy again, with energy to spare, and a burning desire to scream from the rooftops: CLINICAL TRIALS, PEOPLE!

As a breast and stage 4 cancer survivor, Cynthia is a passionate clinical trials advocate. She lives in the woods of North Carolina with her wife and assorted critters where she enjoys rockhounding, writing and crafting. She blogs at Gypsum Moon and can be reached at retrolover@att.net.

Thank you, Cynthia, for sharing your story of courage and hope with our readers.

2 thoughts on “A Clinical Trial Saved My Life”