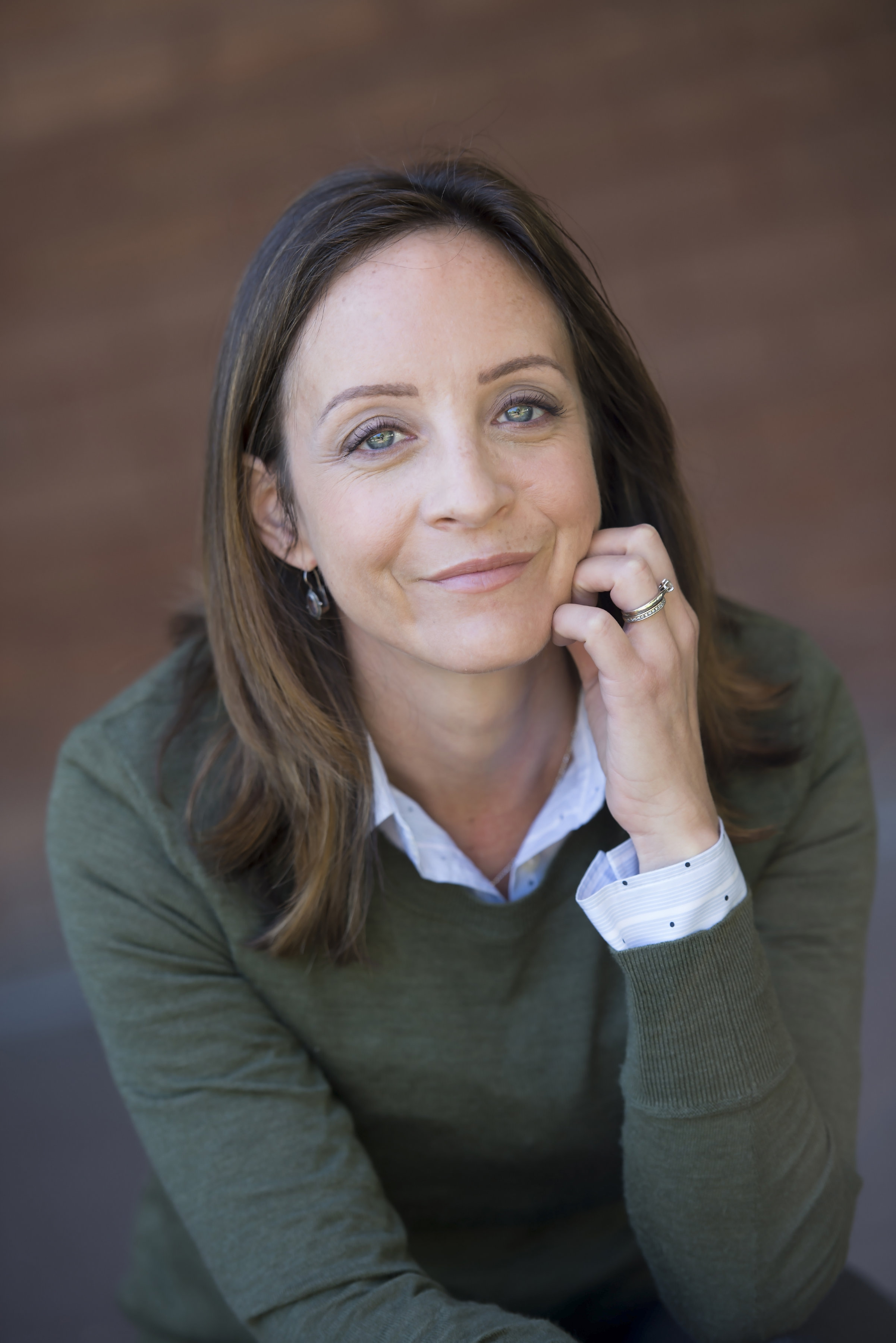 In honor of Breast Cancer Awareness Month, we bring you Jen’s story…

A lawyer and former lobbyist before the federal government, Jen writes about motherhood, policy, and cancer on her blog and lends her legislative experience to advocacy groups such as YSC and METUP. She is also a member of the National Coalition for Cancer Survivorship’s Cancer Policy & Advocacy Team and a Board Member for the Society to Improve Diagnosis in Medicine.

Jen lives in Phoenix, Arizona, with her husband and their two children.

You can find her at:

You can find the original post on Jen’s blog at “Booby and the Beast“.

Last Friday, Quinn’s class had pajama day and an ice cream party to celebrate the number of “class compliments” they’ve received since kindergarten started eight weeks ago. He has grown up so much these past couple of months. He’s made new friends and started to find his way at a big, new school with big, new rules. He is learning to read, playing soccer now, and asking for time with his friends more and more. Our dynamic is shifting, and I’m trying to breathe my way through it.

But after school last Friday, he went to the bathroom, then walked around the house in his pajama top and underwear, sending me straight back to his toddler years when he refused to wear pants at home. A glance at his thighs alone had me in tears before I knew what hit me: a nostalgia for what wasn’t, for something we’d missed, for a past I can’t change.

I spent that evening watching old videos of Quinn: swimming, opening Christmas presents, on our way to adopt our first dog (the one that ended up biting him in the face), telling me I was his best best friend forever. I am a puddle of emotions. How is he five and a half? Again, I borrow from my friend talking about losing her mom: “Two years ago today my sweet mama bear was diagnosed with ALS. Two years. Two years. Two of the longest years of my life. Two of the shortest years of my life. Time bends and twists and deceives the eye and heart and mind. Time, you weirdo contortionist.” Time is a weirdo contortionist.

This is one of the hardest posts I’ve ever written.

You guys know I haven’t written here much lately, and I haven’t posted a health update in months. I know you’ve noticed. Some of you have asked, and I’ve been vague.

I haven’t known where to start. I’ve wanted to be certain, as certain as one can be when talking about one’s health, anyway.

Chris always tells me to start with my elbow.

A skin biopsy at the beginning of the year led to questions about my cancer staging. My oncologist wanted to take me off chemo based on the results, which came back as something called sarcoidosis. I wasn’t ready to let go of my chemo safety net. Not because of a pea-sized thing on my freaking elbow.

Then I had a scan in March that lit up like a Christmas tree: in my chest wall, my abdomen, my left lung, my spine, the list goes on. I walked out of my oncologist’s office as he was handing me the radiology report. F*** this, I thought. How does anyone deal with cancer progression? How does one face their spouse after news like that, without exposing every fear simmering under the surface? You just hope your partner is a little stronger than you in those moments. Because one of you must steer the ship, and after reading “likely for metastatic disease” in about five different places, I was in no position to steer anything. Afterward, you hope that your partner will take you out for a drink even though it’s the middle of the day.

He does, bless him.

Over the next couple of weeks I underwent a slew of tests to determine what was happening in my body. A spine MRI and a pelvic ultrasound were both “unremarkable” despite showing activity on my PET scan. A lung biopsy left me with a partially collapsed lung and a twelve hour hospital visit, but the results were benign: a granuloma with characteristics of sarcoidosis.

Not cancer. Not this time, at least.

I went for a second opinion at the Mayo Clinic. What the f***? was my basic question to the oncologist there. “If this is metastatic breast cancer, it’s the strangest case of it I’ve ever seen,” he told me, after reviewing my scans from the last four and a half years. “We don’t tend to see recurrence after a pathological complete response like you had, not with Her-2+ disease.”

Where had he been the last several years of my life?

***
Sarcoidosis is an autoimmune disease that causes inflammation — typically seen in the lungs, skin, and lymphatic system. They don’t know what causes it. Bernie Mac died from complications of it, but it’s usually not fatal. While it sometimes goes into remission on its own, the treatment for sarcoidosis is steroids.

Like the ones I’d received with every single chemo infusion over the past fifty-four months.

Three doctors agreed on a course of action: take a break from treatment and re-scan in three months. Those months were a series of panic, panic, [anti-anxiety med]. Like a bad game of duck-duck-goose.

And then my three month scan came at the start of the summer. It was clear as a bell. Clean as a whistle. The radiology report suggested a “complete response to interim treatment,” except there hadn’t been any interim treatment.

Metastatic cancer doesn’t clear up on its own.

I cried big tears in my oncologist’s office, part relief, part are you f***ing kidding me, part hope that any one of my doctors knew what they were talking about. “I hope those are happy tears,” he said. “It’s not every day someone gets a miracle like this. This is better than winning the lottery.”

“It’s not every day someone gets a miracle like this. This is better than winning the lottery.”

To which I say: yes, mostly. I imagine it’s also like being wrongfully imprisoned and then released after nearly five years and told to go be happy. I am happy, but this news has required a lot of processing. Like, a sh*t ton of therapy. I’m still processing. I’m still a puddle of emotions every time I catch a sunset. Or a glimpse of Quinn’s thighs.

As the news — that my so-called metastases have always likely been sarcoidosis — sinks in and starts to seem more real, I have continued to advocate (albeit a little more quietly) on behalf of the MBC community. But it has come to a point where I feel like in order to amplify my voice and those of my friends living with mets, I needed to be able to do so in a way that upheld my integrity, that allowed me to be my most authentic self.

I haven’t been restaged, but if I had to guess based on the size of my original tumor and the number of lymph nodes removed during my surgery, I was probably Stage 3A. I don’t know if I’ll ever know. As one new friend recently put it, “I will always consider you a Stage 4 survivor.” But I am no longer considered a metastatic breast cancer patient.

I will continue to do whatever I can to bring awareness to the men and women living with MBC, to advocate for more research funding, and to bring hope to people that there is life after a terrible diagnosis. In some cases, the details of that diagnosis may even be a terrible mistake. If my story isn’t a plug for second (and third) opinions, I don’t know what is.

To the few of you who’ve shared these past few months with me in silence, thank you for holding space for me to grow into this new reality, and for supporting our family as we learn what it means to start over. To the rest of you who have been such a godsend of strength to us these past five years, thanks for standing by us as we adjust to life after cancer.

I always wanted to be an outlier, I just never imagined it would be in this way. Here’s to more sunsets. Here’s to the ultimate mulligan. Here’s to hope. Here’s to first grade…and beyond.

Thank you, Jen,  for allowing us to share your powerful story.