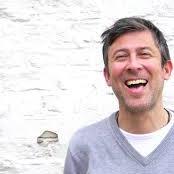 Today’s guest post originally appeared on Michael Seres’ blog “Being a Patient Isn’t Easy“. Michael was diagnosed aged 12 with the incurable bowel condition Crohn’s Disease. In late 2011 he became the 11th person to undergo a small bowel transplant in the UK at The Churchill Hospital in Oxford. More recently he is a two-time cancer survivor.

He started blogging about his journey through Bowel Transplant and his blog has over 100,000 followers. Michael is the Stanford MedicineX EPatient-in-Residence and co-Chair of the NHS England Digital Services user council & helped implement the first skype clinics in UK. In 2013 Michael founded connected device startup 11Health having developed sensor technology for ostomy patients. You can find Michael on Twitter @mjseres.

Is being an ePatient sometimes a disadvantage?

“Healthcare is about human to human interactions.” That was my most retweeted comment at the recent brilliant Stanford Medicine X conference I attended. For me it epitomises everything about my own healthcare journey and the journey of my company 11Health. The ability to build and maintain a relationship with my medical team under pins every single bit of treatment Igo through and every decision I make.

I left for Stanford with a bad cough that didn’t improve on my trip so when I came back I went straight back to my team and had my usual bloods and a chest x-ray done. Thankfully the x-ray was fine and the bloods led to my usual round of intravenous infusions. It was during an iron infusion that I learnt something that has really knocked me for six. I have always believed that having an honest and open relationship with those who treat me is fundamental to my on going recovery. We band around the term ePatients. For me though it is just about being engaged in all that goes on in my health.  Let me explain….

A couple of months earlier I had attended a routine multi disciplinary meeting, which had gone really well. I then received a letter summarising the meeting. Unfortunately the letter contained many inconsistencies. In my opinion it did not accurately reflect the meeting I was in. So I wrote back. I detailed the points that I felt were incorrect and asked for my notes to reflect the changes I had outlined. A few weeks later I received a letter of apology and confirmation that this was being done. End of story as far as I was concerned. Except it wasn’t.

Whilst having my infusion I discovered that my letter had been treated as if I was making a formal complaint and I had been marked as a “troublesome” patient. My file was also passed on to someone else to deal with. Now as it happens the person now overseeing me if fantastic so no complaints there and I still retain my great relationship with those who really matter in my care. However learning about this sordid saga that was happening behind the scenes has really saddened me. To my face people have remained no different. I, in turn, have remained the same, oblivious to what has been going on behind the scenes. Now my sadness has turned to anger. It has led me to ask the question whether being engaged and informed is actually sometimes a disadvantage?

It takes two to have a relationship. Time and again I have stood at conference and written posts explaining that it takes great bravery for healthcare professionals to engage.  I have said and written this with the knowledge that my own team have been the bravest. Now that has changed. Some have chosen to disengage with me because I have dared to ask a question, dared to respond to a letter. Why? What threat am I? I am just a patient no different to any other, trying to manage multiple complex conditions.  The question I ask you is this. What did I do wrong?

Right now my health is in a stable place. I will be having more tests to get to the bottom of my cough. Ironically one of the tests is as a result of my wife suggesting to my surgeon that perhaps the cough is actually stomach related. He instantly embraced that suggestion, thought about it, agreed it was a possibility and acted up on it. Brave, decisive and true engagement.

I have an on going issue with my shoulder. Unfortunately when I had my lymph node removed from my neck the main nerve down to my shoulder was cut leaving me with lots of pain and very little movement. I am due to see a specialist surgeon who is evaluating whether a nerve transplant is an option.

Thank you for allowing us to reprint your blog post, Michael!

If you have a story to share with our readers about participating in a clinical trial, overcoming adversity or living with a chronic condition, please let us know. We’d love to have you guest blog for us. Guest blogging helps others outside of your disease area learn about your struggles and discover your passions. We will help promote your website and social media accounts, as well as your favorite advocacy group. Click here to get started sharing your story now!