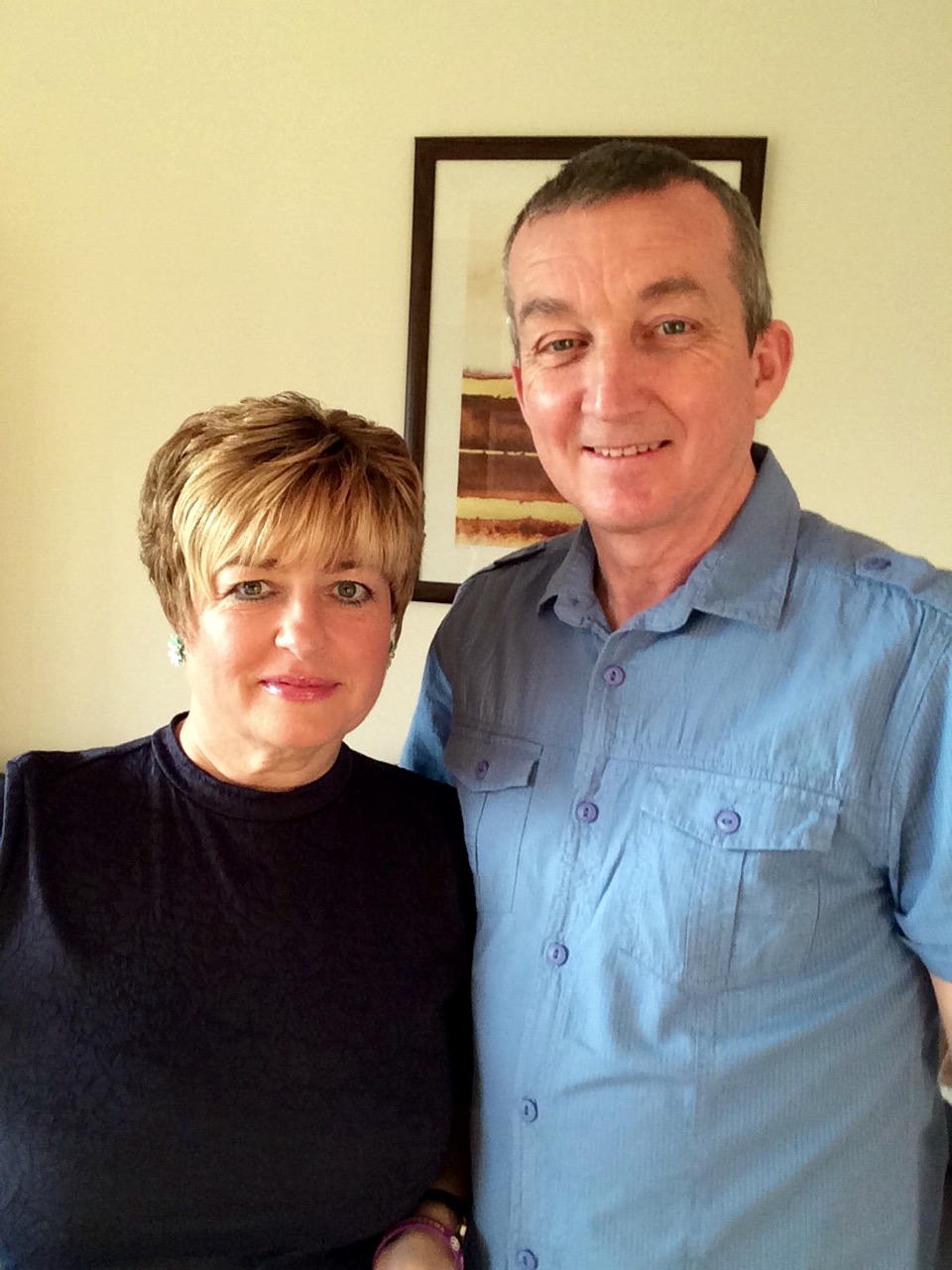 Our latest story in our Patient Lens series comes from author Mark D. Pritchard who shares how he and his wife are overcoming the odds and dancing their way through life–despite devastating health issues. Follow Mark on Twitter at @MarkDPritchard. Visit his website at www.markdpritchard.com. Order his book at http://www.amazon.co.uk/dp/B00TNSY6CI.

In April 2009 (six months after Sarah and I first met) my brain hemorrhage struck, in the very early hours of the Wednesday before Easter. It was a small bleed from an aneurysm, and not expected to have caused much damage. However, some of the blood clotted and blocked the channel where the fluid around the brain drains into the spine. The resultant build up of pressure sent me gradually into a coma.

I’d love to be able to say that I arose on Easter Sunday, but I can’t lie about it – it was Good Friday. The bleed originated from an aneurysm that was too small to repair using the normal coiling or clipping methods. The doctors decided to stem the blood flow to the damaged area by inserting a balloon into the carotid artery via a catheter inserted through the groin. I was awake during the procedure, but it had to be abandoned after I suffered excruciating pain and complete double vision when the balloon pressed against a nerve. Plan B was to strategically place nine or ten platinum coils (I never got to the bottom of exactly how many there were) into the carotid artery. This was successfully carried out two days later.

The scrap value of my head is more than the total value of both of our cars. I was left with no disabilities of any significance. My short term memory was affected in the early days, and I suffer slight double vision to the extreme left as a result of some pressure that remains against a nerve that affects a muscle controlling my left eye. Approximately a third of people who suffer a brain hemorrhage die on the spot. A third of them die in hospital. Most of the remainder are left with significant disabilities. Only a very small percentage of people survive with few or no disabilities. I am one of these lucky few. Two years later, Sarah and I married.

I began writing my book I’M NEVER ILL (A journey through brain surgery and beyond…) in November 2012. In March the following year, we moved to our “forever home”, our very own paradise in the Welsh countryside.  However, our bubble burst only three months later when Sarah found a lump in her left breast, which was diagnosed as cancer. The lump was removed, but cancerous traces were found in one of the lymph nodes. As a precaution, they removed all of the lymph nodes under the left arm. This was followed by six three-weekly doses of chemotherapy, and three weeks of radiotherapy.

She experienced all the ups and downs (or more like – the downs and not-quite-so-downs) of the chemotherapy treatment that you’d expect. Six months later, in the summer of last year, we spent three weeks driving the 2,300 miles along Route 66 from Chicago to Los Angeles as a celebration of our lives, with a little detour to the bright lights of Las Vegas. I don’t like to say that I lost $100 on the blackjack table – I much prefer to say that I made a thoughtful contribution towards the electricity bill. We have now set the bar very high for any future adventures.

Sarah has now beaten cancer. We are both very lucky people. Others look upon us with sympathetic eyes, but why should they when we are living happier lives than we ever did before? On reflection, our illnesses were among the best things to have ever happened to us. They have made us see life from a different perspective. Having been lucky enough to have made almost full recoveries, we are still able to live normal lives, but with the added benefits of all that goes along with the positive outlook that we have been able to adopt as a result of cheating death.

In October last year we started jiving lessons. We are now beginning to build up confidence and have started going to dances regularly. It’s a wonderful, fun pastime. I haven’t got Sarah airborne yet, but watch this space! We enjoy watching and feeding the wildlife in our new country home, and try to grow as many crops as we can.

Just as many people of our age are winding down, we are winding up. Sarah said that she is now living her life as she began it – dancing and having fun!

We have made many changes to our lifestyle since our illnesses, including fitness and diet, and we are planning to live to 100. That’s our challenge. I’m just over half way there; Sarah is just under. We want to spend as much time as we can sharing our story and hopefully inspiring people to inject positivity into their lives.

I completed my book (incorporating a change of script towards the end to accommodate Sarah’s illness) in February this year.

I love my job as a driving examiner. If I were to give it up I’d miss it. However, there are also many other things that I’d like to do with my time. My goal is to sell enough books to be able to do just that, and then to spend as much time as possible sharing what we have learned with other people.

I no longer think small thoughts. I have huge ambitions. Sarah stays quiet about it much of the time and gently keeps my feet on the ground, although I know that deep down she, like me, feels that we are now capable of things that we never would have been had we not had the privilege and good fortune of our health experiences.

I don’t think that there is such thing as a happy ending because the ultimate ending is never likely to be happy. But life is very good to us, for now…

Thank you, Mark, for sharing your story with our readers! You and Sarah are inspiring others with your positive outlook on life.

If you have a story to share with our readers about overcoming adversity or living with a chronic condition, please let us know. We’d love to have you guest blog for us. Guest blogging helps others outside of your disease area learn about your struggles and discover your passions. We will help promote your website and social media accounts, as well as your favorite advocacy group. Click here to get started sharing your story now!

One thought on “Mark and Sarah’s Story: How a Brain Hemorrhage and Breast Cancer Improved their lives”