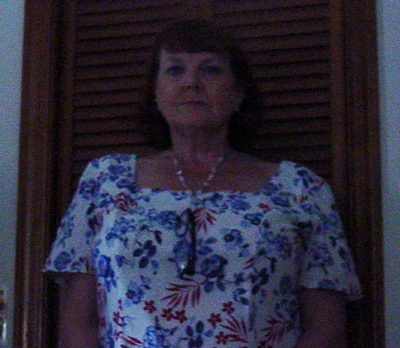 As our guest blogger Marilyn Hanft, a retired RN and author of “Of Bad Lungs and Blood Clots” explains, sometimes it’s not so easy to see what’s really happening with your health. What she thought was her chronic asthma acting up turned out to be something entirely unexpected.

Despite her sacrifices, Marilyn manages to remain positive. Her story is truly inspirational. The latest installment in our “Through the Patient Lens” series.

In 2011 I almost died. I had multiple pulmonary emboli (blood clots) in both lungs. Luckily, I survived. I spent most of June 2011 in the hospital while the doctors worked to figure out why blood thinners were not stopping the clots. On my last day in the hospital, they got confirmation: I have a clotting disorder called factor V Leiden. I would be on a blood thinner for the rest of my life. They also discovered that for a number of years I had been “throwing” clots which went undiscovered.

The clots narrowed my pulmonary arteries and caused a disease called chronic thromboembolic pulmonary hypertension: CTEPH for short. The increased pressure in my lungs caused a back-up of blood into the right side of my heart, which was consequently enlarged. At my first follow-up appointment with my pulmonologist I learned I would also be a “lifer” on Oxygen.

My life turned upside down. My long-held dream of living on my boat and cruising wherever we felt like going died.

My husband and I learned to sail in the summer of 1972. Even though I am from Maine I had never been a boater. That summer we grew to love the time we spent on Narragansett Bay in rented 23 foot sailboats. In 1976 we got our first boat, a 26ft. kit sailboat that Sam built, and we began sailing on Lake Erie.

Fairly quickly we succumbed to the typical boater’s desire for a bigger and better boat. In 1978 we bought a 27 ft. sailboat which was only 1 foot longer but was 3 feet wider and had more headroom. The following February we moved to New Hampshire and returned to ocean sailing. For the next 18 years we spent most weekends on the boat, and many times took our two week vacations on her. By the mid-‘90’s, we were on the lookout for a bigger boat more suitable for cruising. The dream of retiring on our boat had begun to grow.

When we weren’t sailing, Sam and I also loved skiing, hiking, backpacking and canoeing. We skied whenever we could, spent 6 or 7 vacations hiking in Baxter State Park and canoeing in the Allagash Wilderness Waterway in northern Maine. In all our outdoor adventures we were a team that mostly worked well together. Then, in 1996, we found the boat of our dreams: a 36’ motorsailer with a full ketch rig and a 90 horsepower diesel engine. She is a Nauticat, which is built in Scandinavia. Because the boats are built for cruising in the North Sea and environs, they are solidly built and well-insulated with dual steering stations – one in the pilothouse and the other in the stern cockpit. We were in seventh heaven.

In November 2009, I retired and we realized our dream. We spent December and January sailing down the Atlantic Intracoastal Waterway seeking warmer weather. We stopped in St. Mary’s, Georgia to see boating friends and never went any further. Instead we bought a house and spent most of 2010 traversing the eastern seaboard by boat, truck, car and U-Haul. On December 31, 2010 we arrived back in St. Mary’s on the boat. We never dreamed that would be our last trip.

I started having respiratory problems in early March 2011, but both I and my allergist thought we were dealing with asthma, which I had had for over 20 years. We were both wrong, which led to June 2011 and my hospitalization. Over the first month after getting home again, I began to realize that cruising was not going to be a good thing to do. Although our boat has a 90 horse diesel engine, at max it only makes about 10 knots (nautical miles per hour). Even going down the St. Mary’s River to the offshore islands is a 4 mile trip.

If I should have a stroke, which is a real possibility with my clotting disorder, I would need to be at a hospital within 3 hours of developing symptoms. Somehow, it didn’t seem responsible to take the attitude of “we can always call the Coast Guard.” However, there was another part to the equation: my medical bills.

Our bare-bones insurance policy only covered about $35,000 of what grew to be a $150,000 bill. Selling the boat would allow us to pay off the amount remaining after I had paid what I could. I have a limited income – Social Security – so I maxed out my credit cards and signed up with a debt-pay program.

Having to give up my dream broke my heart. I loved the live-aboard life and mourned its loss. I consoled myself with the thought that we could probably afford to get a travel trailer with some of the proceeds from selling the boat. Traveling on land presents many fewer problems than traveling on the water.

When I got home from the hospital I could barely walk 20 ft. to the bathroom and back without gasping for breath – even with my O2. I railed against the limitations my body placed on my ability to do what I wanted. I had been out of the house for almost a month, so some immediate cleaning was required. As I complained to anyone who would listen, I NEEDED to do some housework. It wasn’t until my older sister pointed out that I had almost died that I began to come to terms with life as it now had to be.

Over the next three years I discovered what I could and couldn’t do, beginning to accept that life had changed. I clean one room at a time now. I have always walked fast, but now found I couldn’t. My mantra became “slow down, you move too fast”. Someone else has to help carry anything weighing more than about 25 lbs. In the spring and fall I can do yard work as long as it’s not too humid and I don’t try to rush things. In the summer, I can only work outside for brief periods and I thank the powers that be for air conditioning.

Another thing I can’t do is run. Even a fast walk very quickly has me breathing hard and getting lightheaded. So I started walking. My Bichon Frisé dog, Buddy, and I walk 1.2 miles most mornings. We both love our walks and have missed them this summer when it was just too hot to go. Thankfully, cooler weather is here and our walks have resumed.

Thanks, Marilyn, for sharing your story with us.

Do you have your own inspiring message to share? Please visit Share Your Story and tell us about it. We’d love to hear from you!

For more installments in our #PatientLens series click here.