Highlighting patients and caregivers from around the world living positive lives despite the hurdles they face.
These are their stories, in their own words. 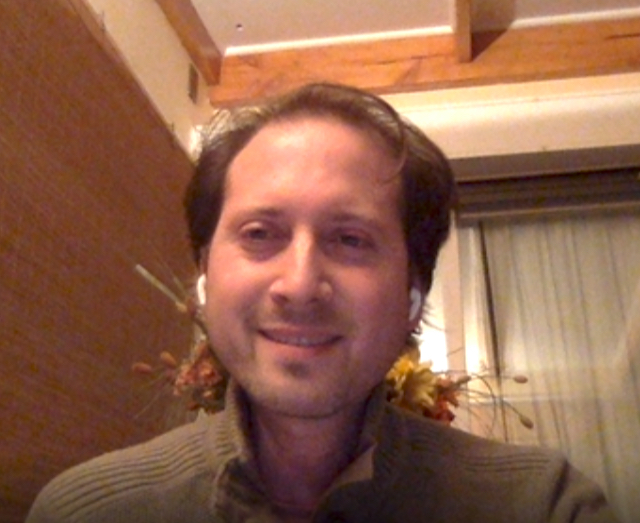 In this blog post, Luis Felipe Zuniga shares his story of undergoing a bone marrow transplant that resulted in the chronic condition of Graft versus Host Disease, a rare condition that occurs when donor bone marrow or stem cells attack the recipient.

My first symptom of cancer happened when I was moving a desk into the apartment where I lived as an undergraduate student. The building didn’t have an elevator. Four floors are attainable for the average person, I thought. My apartment was on the second level and nevertheless I can recall the moment as one of the worst nightmares I ever had. It felt like climbing Mount Everest with a mask on while smoking an entire package of cigarettes.

A few days passed and in July 2009 I was diagnosed with leukemia, the acute erythroid type, which basically means a shortage of all types of blood cells, causing fatigue, weight loss, constant headache, and paleness. I was in a vulnerable situation, so after a brief discussion between my family and the doctors, in a matter of days I began receiving all sorts of medicines and treatments, with chemotherapy as a starter, accompanied by radiotherapy sessions highly lethal to tumors (and to humans, for sure). This cocktail of drugs altered my organism in the most peculiar ways. It feels like crazy amounts of acidity burning through your digestive system. Poop becomes uglier, kind of splashy (eww!), and the ineludible hair loss happens (only bold spirits can tolerate bald heads). Although I don’t have any memory of vomiting with frequency, the experience was definitely not my cup of tea.

The illness was defeated during a semester with the help of a hematologist team. I fought against the distorted stem cells that I was producing, a process that concluded with a bone marrow transplant that successfully erased any sign of cancer. This was achieved because of the blood type compatibility I had with JJ, the youngest of my three elder brothers. I was cancer free, but have you ever imagined what sort of identity issues can emerge from rebooting an entire organ in the cusp of your life, when your decisions are carving in stone the key aspects of your personality?

My initial approach to having this second chance in life was to remain calm and just adapt until further notice. However, tranquility didn’t last for long. It seemed that in retribution for erasing the leukemia, I was cursed with chronic Graft versus Host Disease (GvHD). This is an auto-suppressed immune system condition that tends to affect transplant patients, an almost unavoidable collateral damage according to the specialists.

GvHD has so far manifested itself in my skin and muscles. At first, my liver was also compromised, preventing me from drinking alcohol and eating sour food. But that stopped and it has been the skin damage covering my neck, abdomen, waist, and lower extremities that has been the most difficult side effect to deal with. My skin is now tight and less flexible with pigmentation that shifts between pale and red, especially over my neck. Likewise, GvHD has reduced the flexibility in my muscles, making it difficult to stretch and strengthen my extremities.

Suddenly the identity that I once had was supplanted by this new me, chronically sick and physically unbended. If in the past I was shy and less unquiet about my appearance, now that I have sensitive troubled skin, I became way more aware of my physical appearance and got frustrated about it with ease. Even now there are uncomfortable times that I imagine myself as if I am trapped surrounded by strangers looking at me, feeling awkwardly exposed to the scrutiny of others. Is it possible that no one really sees how different I am now that all this water has passed under the bridge?

The worst part of being a former cancer patient declared in remission is that I can’t shout out loud my anger and frustration of having to live with GvHD because my body is supposed to be renewed, immaculate, and it is expected that I must be thankful for that. Excuse me? It feels to me that they cured one sickness but another surged in the aftermath. So what I choose now is to just live in the moment. The idea of carpe diem fits me well. Since I adopted that perspective, I increased my social life activities, married my wife, and recently moved to London, where we live with our adorable and precious daughter, Gracia, which in Spanish means gratitude. Certainly I have to thank them both for being alive and kicking today.

A native of Chile and a recent graduate from the London Film School, Luis Felipe Zuniga works in film distribution for the Latin American region. Besides his love of movies, he likes to mix rhythms and samples with a music machine.

Thank you, Luis Felipe, for sharing your story of courage and perseverance with our readers.

2 thoughts on “Leukemia Cure Leads to Graft versus Host Disease”